A handshake between Ahmed Aboul Gheit and Walid al-Muallem has led to speculation that some Arab countries are ready to restore relations with Damascus writes Al-Watan. 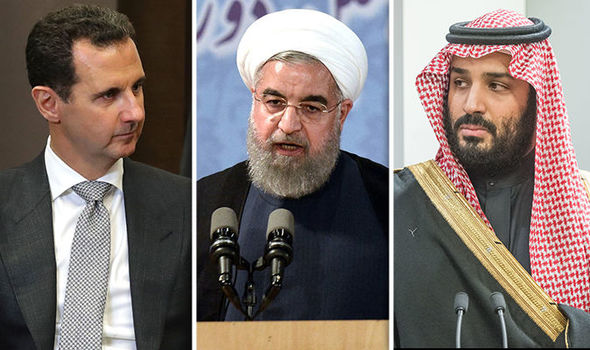 Political changes are underway regarding the Gulf’s relations with Damascus. Syria’s steadfastness and the durability of the Axis of Resistance and the fight against terrorism has turned this onto the political reality:

1 – Ahmed Aboul Gheit shook hands with Syrian Foreign Minister Walid al-Muallem in one of the corridors of the United Nations, although the Arab League and most of its members and officials were very anxious and cautious, with no meetings, handshakes, or invitations to represent the Syrian government in any regional or international discussion having been obtained since the start of the war in Syria, with the aim of isolating the country and its government and withdrawing its legitimacy.

This situation reminds us of the quick handshake and meeting that occurred between the Syrian Foreign Minister and his Bahraini counterpart last year, in the same place, which produced a fruitful restoration of diplomatic relations and the opening of the UAE and Bahraini embassies in Damascus at the start of the year.

The Arab League Secretary General’s move came directly after a meeting between Aboul Gheit and the Saudi Foreign Minister Ibrahim al-Assaf, which means one of two things: Either Aboul Gheit is paving the way for a Syrian-Saudi reconciliation, or for an Arab reconciliation with Syria, starting with the head rather than the body, with a Saudi green light.

2 – Foreign Minister Muallem met with his Omani counterpart, Yusuf bin Alawi, on the sidelines of the General Assembly, for more than an hour without any media or press from either side. It is possible that Oman is sending a message to the Syrian delegation or trying to create a reconciliation between the Arab League or one of the Gulf states with Damascus.

3 – Media attention, especially on a regional level, such as from the Saudi Al-Arabiya channel and the Qatari Al-Jazeera channel, broadcast Muallem’s speech at the UN podium without any interruption, in a precedent not seen for years.

4 – Muallem affirmed in his speech that Syria did not want to take revenge on the countries that launched aggression against it, adding: “We extend our hands for dialogue on the basis of our mutual interests and we call on countries to reset their calculations.” This assurance could bear a double message—the first for the countries that led the war against Syria, and the second for the other countries of the world that have been subject to American pressure to cut relations with Damascus. This assurance was issued by a pillar of Syrian diplomacy who is well known for his considering his speeches carefully before giving them.

The truth and validity of these signs forces us to consider the question which has imposed itself forcefully—that is, which approach is most realistic, Damascus returning to the Arab League, or Qatari diplomatic relations with Damascus being restored with Iranian support and encouragement? Or, a Syrian-Saudi reconciliation that paves the way for Damascus’ return to the Arab League, opening the doors to beginning a season of Arab diplomatic pilgrimage to Syria?

The swift developments and successive events indicate that Saudi Arabia is the closest to reconciling with Damascus and relations warming between them, based on the following information:

First: The invigoration and completion of the Russian initiative begun by the Russian president’s Special Envoy, Alexander Lavrentiev, since last April, which it appears that Russian President Vladimir Putin will follow up on personally during his visit to Saudi this month.

Second: What the notorious Saudi blogger “al-Mujtahidd” revealed at the start of September about Saudi being intent on renormalizing relations with the Syrian state, saying that the Saudi ambassador would visit Damascus in the coming weeks.

Third: The return to Syria over the last few weeks of some Arab tribal notables who have been in Saudi Arabia for years, led by the sheikh of the Arab al-Jabbour tribe, Nawaf Abdel Aziz al-Muslat, who had close relations with the Saudi royal family, and his assurance that Riyadh will proceed positively towards having excellent relations with Damascus, and that Riyadh considers Syria to be the region’s safety valve.

Fourth: The most important factor is the guarantee that Saudi Arabia will not be absent from the political solution in Syria to ensure that it is not kept out of taking part in reconstruction, in order to restore the old regional balance and curb the expansion of Turkish and Iranian influence—because Saudi needs dialogue with Iran and cannot get that without the political conditions and environment being possible for that, which requires resolving some issues in Syria and Yemen, especially given that the recent al-Fujairah blasts and the Aramco crisis showed that America is not serious about carrying out any attack on Iran, but rather will use these events to blackmail Saudi and the Gulf materially to serve US President Donald Trump’s interests in reviving his country’s economy before the presidential elections.

The successive Egyptian statements, whether from President Abdel Fattah el-Sisi, who has affirmed that terrorism had a destructive role in Syria, or his Foreign Minister Sameh Shoukry saying at the UN assembly that Egypt was eager to give all forms of support to the efforts to resolve the Syrian crisis, didn’t come from nowhere. They are official statements from high-level officials from Saudi’s close ally: Egypt. What is happening in terms of the efforts to mobilize the Egyptian street and activate terrorism in the Sinai is not far away from the Turkish-American interventional tampering, which aim to distract Egypt with an internal crisis to end contact with Damascus and to send Saudi messages to it and pressure the latter not to open to Syria at this time, unless it accords with American interests.