Raymond Hinnebusch is Director of the Syrian Center for Studies, University of St. Andrews, Scotland; author of "Syria: Revolution from Abov." 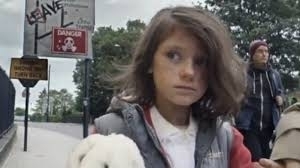 The most widely accepted term to describe the conflict in Syria is the ‘Syrian Uprising.’  It sidesteps the controversy over whether it is a revolution, a civil war or a struggle among rival regional powers: clearly it has aspects of all of these. Understanding the complexity of the crisis requires we look at a multitude of dimensions, few of which are entirely unique to Syria but which have come together there in an especially dangerous combination.

A starting point might be to see the origins of the current crisis in a failure of state building. Levant states artificially created by imperialism in violation of the dominant identities of the region’s peoples were perhaps set up to fail. State builders gravitated toward neo-patrimonial practices—a combination of Ibn Khaldun’s asabiyya—elite solidarity built on primordial ties (the Alawis in Syria), with modern bureaucratic machinery, combined with the copious use of rents to create clienteles and a populist “social contract” with the masses. However, a combination of rent decline and population boom created economic crises that put extreme pressures on such states, especially under the influence of global level neo-liberalism, to move toward what might be called “post-populism” in which, as in Syria under Bashar al-Asad, the state withdraws from welfare provision and favours investors, creating a new crony capitalism and exacerbating social inequality. This generated the cocktail of grievances that drove the Uprising.

On the other hand, from the outside, internet-armed Syrian expatriates were looking to use the Uprising in Tunisia an Egypt to stimulate a similar regime overthrow in Syria. Street protest has become increasingly endemic in the non-Western world, encouraged by Western NGO funding and democratization discourses. Such protest, if it remains peaceful, can set the stage for a democratic transition in such countries, and the conditions for this are thought to be an alliance between soft-liner/reformers in the regime and moderates in the opposition to marginalize the radical hardliners on both sides. Why did this outcome fail in Syria? Agency—individual choices–do matter and had Bashar al-Asad not chosen to respond to peaceful protests with excessive violence—the “security” solution–and instead responded with democratic reforms, the Uprising might have been avoided. Instead, in standing with the regime hardliners he empowered also the hardliners in the opposition as well. Once the opposition was able to flood the streets with interminable protests the regime found itself on the defensive. In resorting to a sectarian discourse against “terrorism” and increasing state violence against opponents, al-Asad helped turned peaceful protests into violent sectarian conflict.

The growing dynamics of civil war eclipsed the possibility of democratic transition. At a certain point, as order broke down, the security dilemma kicked in, encouraging defensive sectarian solidarity and hatreds of the “other” and a belief among regime and opposition that no political solution was possible even once it became clear that neither could defeat the other. While the uprising started indigenous, it was much intensified by external forces fishing in troubled waters, which turned Syria into a regional battleground among those—Saudi Arabia, Iran–who believed that the outcome in Syria would shift the wider power balance in the Middle East between the so-called resistance/Shia axis and the Sunni pro-western moderate bloc. Finally, the intractability of the Syrian conflict betrays the symptoms of Mary Kaldor’s “New Wars.” In her scenario, state weakening empowers transnational state/non-state actors engaged in identity wars and ethnic cleansing, in which the distinction between combatants and non-combatants breaks down. Warlordism fills the security gap; refugee flows, funding by diasporas, and transnational arms trafficking embed the conflict in wider regional struggles which make it all the harder to resolve. One of the lessons of this story is the fragility of fragmented states like Syria. It’s easy to de-stabilize them, much harder to put the pieces back together.

* Raymond Hinnebusch  is Director of the Syrian Center for Studies, St. Andrews University, Scotland; author of "Syria: Revolution from Abov."