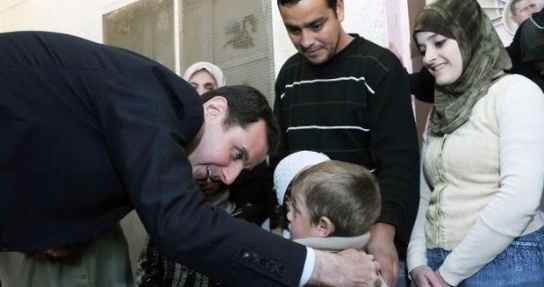 Some Arabs boast about being more advanced and adhering to the standards of citizenship and good governance more closely than other fellow Arabs. These people either come from countries that have always boasted about their long record of enlightenment, education and democratic experience, or whose countries have long claimed to be at the forefront in the struggle against colonialism, imperialism and, of course, Israel.

However, if we look beyond the superficial and consider the reality of our so-called “democratic” and “revolutionary” entities, we will be in for a surprise.

Let’s begin with some simple examples before we highlight some of the more glaring cases. Earlier this week both the Lebanese Press Syndicate and Lebanon’s Editors’ Syndicate jointly organized a rally in Beirut in solidarity with a writer from Al-Akhbar newspaper and an executive of Al-Jadeed TV who have been summoned by the Special Tribunal for Lebanon on accusations of endangering the lives of witnesses by leaking their identities. The Lebanese people are well aware that the two media institutions named above have always been bitter enemies of former prime minister Rafik Hariri, whose assassination led to the establishment of the Special Tribunal, and are to this day hostile to his political movement and anyone close to him.

In every civilized country respect of the judiciary and its mechanisms is an unshakable principle, while obstructing the course of justice and contempt of court are serious criminal offenses. Accusing someone of treason, inciting violence against them, and breaking and entering are not part of press freedom; rather, the media has to be responsible and objective while working within the framework of the law. As far as union action is concerned, when it comes to legal issues the principle of “help your brother, whether he is the oppressor or the oppressed” is simply wrong. Progress, Arab nationalism and “resistance” may be honorable slogans, but they do not justify committing crimes, covering up murder or protecting those accused of committing murder.

Let’s leave Lebanon aside for now and turn our attention to Algeria. President Abdelaziz Bouteflika took the oath of office earlier this week after securing an unprecedented fourth term in office. During the ceremony, it was obvious that his health was not up to the daunting challenges of the presidency. Indeed, there was no doubt that he would secure a fourth term in office through the “democratic election,” given that democracy is currently in vogue—is the almost only commodity that can be exported. Sure enough, Algeria’s authorities vehemently deny accusations of exploiting all their power to guarantee Bouteflika a comfortable victory. However, the reality is that what we have witnessed is that “democracy” in Algeria is not well-established in the nation’s conscience; rather, it is a discreet means of ensuring that those in power get their way.

Even in Egypt, which a famous Arab proverb calls the “mother of the world” and which is the traditional “sanctuary for all Arabs,” the mass death sentences passed against members of the Muslim Brotherhood have understandably caused uproar across the world. This does not mean that those convicted are innocent, but it certainly expresses the international community’s rejection of intimidation through blanket judicial rulings; noting here that even the Egyptian general public expects these sentences to be commuted. The outcry was obvious in Western countries that actually oppose the Muslim Brotherhood, because they uphold the principle of separating the judiciary from politics and believe that “politicizing” the judicial system marks the beginning of the collapse of civil society.

At this point we come to what can only be described as the glaringly obvious cases: what is happening in both Syria and Iraq is disastrous. Both countries were cradles of ancient civilizations. Both are founding members of the United Nations and the Arab League, and both have enjoyed pioneering democratic experiences. The disasters that befell the two brotherly countries can be attributed to the failure of petty and backward mentalities to live up to their overblown slogans and delusions of grandeur. In fact, the borders between the two states as drawn up by the Sykes-Picot Agreement of 1916 are artificial in the first place, and were subsequently readjusted into their current form. In environmental, social, cultural and demographic terms there is no real difference between Deir Ezzor and Al-Bukamal on the Syrian side and Ana, Haditha and Ar-Ramadi in Iraq.

However, as soon as the grand dreams of liberation from colonialism and of Arab unity catapulted those who claimed to be nationalists and progressives into power, bitter conflicts broke out. Nationalists toppled their erstwhile left-wing allies and then the Ba’athists liquidated their ideological partners, the Arab Nationalists and Nasserists. Finally, change occurred within the Ba’athist camp itself. The bloated party that once called for Arab unity from Ahvaz through Somalia and Eritrea to the borders of Senegal evolved into two narrow, sectarian, family-ruled parties: a Sunni-led party under Saddam Hussein in Iraq and an Alawite-led party under Hafez Al-Assad in Syria. Thus the deep hostility between the two blocs that lasted throughout their period in power came as no surprise. In fact, enmity between the two only deepened after Damascus supported Tehran during the Iran–Iraq War of 1980–1988. Furthermore, the two Ba’athist regimes waged a proxy war during the Lebanese Civil War and tore apart the Palestinian resistance movement.

Despite its secular slogans, Iraq under Saddam ended up an occupied, confessionally polarized country governed by a sectarian government controlled by the black-turbaned mullahs, while facing the threat of being divided along ethnic lines, especially after Kurdistan gained de facto independence from Baghdad. The death toll throughout Saddam’s “nationalist” civil wars between 1979 and 2003 was in the hundreds of thousands, while millions of others have been displaced.

The situation in Syria is no better. In 1973 the shrewd Hafez Al-Assad came to power, forming a police state run by security agencies and proffering empty “resistance” slogans about liberating the occupied Golan Heights. With his death and the ascension of his son, Bashar Al-Assad, in 2000, the only thing that changed in Syria was the level of the leadership’s cunning. During the era of Assad Jr., his father’s 1982 Hama massacre was repeated across the entire country. Under the direct sponsorship of Iran, Syria’s regime is today waging a brutal war against its own people. In the lexicon of the “secular” Assad regime, the enemy today is not the Majus—a term used by Saddam to deny the “Islamic” identity of Iranian Shi’ites—but rather the “takfirists”—a term Assad applies to Sunni opposition groups—that are accused by Damascus and Iran’s henchman of serving Israel’s interests. It is ironic, however, that while Assad and his non-secular backers still claim that Israel is an “enemy,” they have turned their guns on Homs, Aleppo, Hama, Idlib, Qalamoun, and elsewhere in Syria.

Both Iraqi Prime Minister Nuri Al-Maliki and Assad are keen on assuring us they are committed to “democracy.” Maliki is waging his war for democracy against the people of Anbar and Mosul on the pretext of fighting Al-Qaeda and its ilk, while the clock counts down to the independence of the Kurdistan region. On the other hand, Assad is competing with six other pseudo-presidential hopefuls in his bid to win the “trust” of the Syrian people, a third of whom he has displaced. In the process, his forces have killed 300,000 people and destroyed dozens of towns and villages.

Whoever said democracy means “rule of the people”?