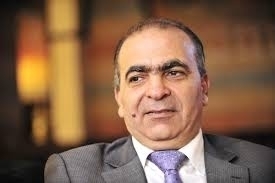 Why does a young Syrian young man who really wants to sacrifice himself in order to achieve what he thinks of as noble goals join the Islamic State or the Nusra Front?

The answer is that he sees the secularists and the civil state advocates divided between the following categories:

1. The tyrannical regimes represented by the Assad, Gaddafi, Ben Ali and Mubarak families.

2. The national left and the Arab Marxism which supports some of those tyrannical regimes and feeds on the scraps of their money.

4. The international community which claims commitment to the principles of freedom and human rights, but its conscience and armies were not moved by the use of chemical weapons, the death under torture, the slaughter of thousands of Syrians and the stoning and wiping of tens of them, while it started a war when the fundamentalists of IS slaughtered two American citizens.

Finally, it will not change as long as the great powers think that their interests in the region don’t go beyond protecting Israel and the oil resources or keeping the danger of terrorism far from their lands, ignoring the human needs and the national dignity of people living in this region.