Will Turkish citizenship be granted to the Syrians who desire it, or will the action target investors, intellectuals, technocrats, talented youths, and not extend to refugees, laborers, and small wage earners? 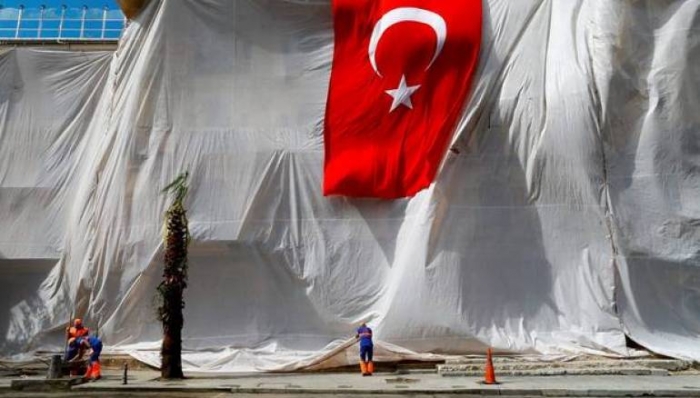 Turkish president Recep Tayyip Erdogan announced on Saturday his government’s willingness to hand citizenship to Syrian refugees, adding that the ministry of interior is currently working with refugees to provide the possibility of acquiring Turkish nationality.

Speaking at an iftar feast in the southern city of Kilis, the president said: “Turkey has not changed its stance from the Syrian file, and it is not possible to accept an unjust rule that practices state terrorism and has led to the death of 600,000 Syrians, and its terrorist practices have exceeded the terrorist practices of the Democratic Union [Party], the terrorist PKK (Kurdistan Workers’ Party) organization’s arm in Syria, and ISIS.”

The news raised questions as soon as the announcement was made, as Syrians living in Turkey for the past four years have tried and failed to obtain residency even after facing an arduous bureaucratic process and paying large sums of money, so one can see what has happened and what will happen.

Maybe the first question that comes to mind upon hearing the news is: Why did the Turkish president say what he said at a relatively private dinner and not in front of a podium or as an official announcement, and why did he not meet with members of the Syrian (National) Coalition – whose salaries he has been paying for the last nine months – to deliver the news to them?

Can we tie Erdogan’s statement to the sequence of normalizing Turkish-Israeli ties and the resolution of Turkey’s row with Russia?

But maybe, more importantly, will citizenship be granted to the Syrians who desire it, whose number exceeds 2 million persons in Turkey, or will the action target investors, intellectuals, technocrats, talented youths, and not actually extend to refugees, laborers, and small wage earners?

The truth of the matter that the president answered (or tried to), is that Turkey’s “last initiative with Russia and Israel aimed at reaching détente in Syria,” attributing the delayed victory of the revolution to the intervention of countries.

And he concluded with some hope that: “Syria’s future will be bright, and I know that you have suffered but do not be sad and you will reap the fruits of your struggle, sooner or later.”

But what is the reason for Turkey’s practices, from their ‘red line’ on the Syrian fighters at the border, to not paying the Coalition members’ salaries in the upcoming month, and now this?

If what the president said is true, and if Syria’s future is bright and the Syrian issue is on its way to being resolved, why then is Turkey offering citizenship to those Syrians who want it, for Ankara to contribute as others have contributed in attracting — if we cannot say stealing — Syrian expertise and contributing to a change in the demographic that the murdering inheritor seeks?

In short, as Syrians feel that the recent changes in the region will carry surprises for them, will these surprises be to their advantage and the advantage of their revolution, or will they be presented as a card on the table to be used for the advantage of others?