After nearly six years, and due to the complexities and overlaps of international actors and players – regionally and internally – it became clear that the strings are no longer pulled by the Syrians or even regional states as the conflict has mutated into score-settling between super powers, chiefly the US and Russia 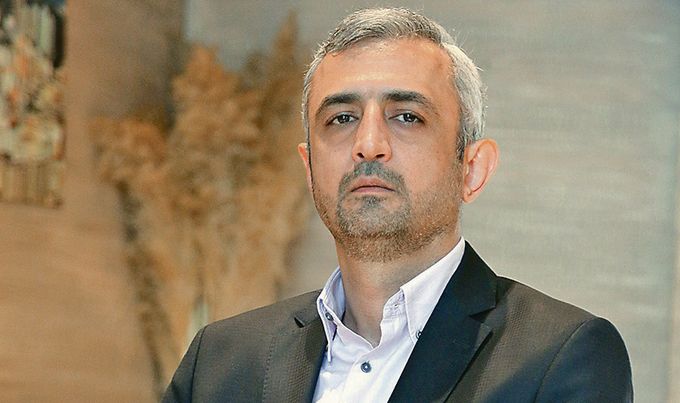 Given the various variables and the major overlaps, it is no surprise that only a few people were able to grasp the scene in the countries of the Arab Spring. The vast majority of those countries’ citizens, therefore, were too stunned by the current events. Some resorted to a prolonged self-blame, resulting in an overwhelming wave of frustration, among the majority, but indeed everyone.

To many, it seems that things have reached a semi-standstill in many revolutions (Syria – Libya – Yemen) where the goal of the revolutions was not war, death and destruction, but, rather, the search for freedom, democracy and dignity. However, due to the failure of major world powers to provide sufficient support or siding with one party against another, these revolutions turned into brutal wars, which were exacerbated by the introduction of intercontinental terrorism from third parties and countries.

In Syria, after nearly six years since the start of the revolution, and due to the complexities and overlaps of international actors and players, regionally and internally, it became clear that the strings are no longer pulled by the Syrians or even countries in the region as the conflict has turned into international score-settling between super powers, chiefly the United States and the Russian Federation. One of the manifestations of that conflict was the indifference of the United States allowing the Russians to expand in the region and in Europe, where Russia occupied regions in Ukraine and is threatening the long-term security of the European Union.

In Syria, which has become a courtyard for a complex multilateral conflict, rebel fighters are still adhering to the demands of the revolution, against a murderous and criminal regime, which has used internationally banned weapons including Scud missiles and chemical weapons more than 150 times in areas controlled by the Free Syrian Army. Many reports by international organizations provided compelling evidence of the responsibility of the Assad regime for chemical attacks in Syria. Rebel fighters are also fighting the Democratic Union Party (PYD) which controls large swathes of Syria and pursues a policy aimed at bringing about a demographic change in Syria, a policy the Assad regime adopts. They are pitted against Al-Qaeda (Nusra Front), and ISIS, which controls large swathes of Syria and Iraq, carrying out terrorist attacks in other countries, such as Turkey and Europe; making itself an intercontinental actor.

All of this reveals the reality of the great failure and cold attitudes by some countries turning a blind eye to the crimes carried out by the Assad regime, and the Lebanese, Iraqi and Iranian militias against the Syrian people, making only occasional concerns about humanitarian aid, with the United Nations Secretary General always expressing concern and along with other countries unable to implement U.N. resolutions and failing to stand firm to the side of the rightful demands of the people issuing statements, not even worth the paper they are written on.

Despite the prices that have been paid and are still being paid by the Syrian people and the bloodshed in Syria, this failure persists and is epitomized by the successive failure of three international envoys: Kofi Annan, Lakhdar Brahimi, and lastly Staffan de Mistura, who clearly has failed to achieve the task assigned to him. The failure of the U.N. can also be seen by the numerous number of initiatives that have been proposed but failed. The U.N. envoy has sometimes even given up neutrality, ignoring regime schemes aimed to bring about demographic change in Syria by the systematic displacement of people in several areas, including Damascus' western Ghouta, and in the city of Homs, central Syria.

The U.N. envoy also contributed to such policies by applying pressure on the people, as was the case in Daraya in west Damascus and in Homs, where the team of de Mistura in his Damascus office advised the rebels to surrender some neighborhoods to the regime. Instead of putting pressure on the regime to lift the sieges and ensure the delivery of humanitarian aid, his team took the side of the regime against the people.

In summary, the Syrian people are facing the inability of the international community and the overlap of different files and agendas; they are also facing an Iranian intervention, whose support for the regime is quite a strategic and calculated decision. The Syrian people are facing Russia’s dreams of grandeur, occupying parts of Syria and deploying hundreds of military aircrafts, ships, cruisers battleships and an aircraft carrier docked on the Syrian coast, which are destroying the country and killing people under complete international silence.

Syria is still open for further intervention. The Syrian political opposition is still not living up to expectations, and there is still some distrust between the parties within Syria and the international community plots. It seems to some that the opposition’s search for hope is like searching for a needle in a haystack; a haystack that is burning with the flames engulfing Syria.

Looking at the situation on the local, regional as well as international levels, there does not seem to be a solution in the foreseeable future, and the killing and destruction will continue indefinitely, and the conflict will get wider and wider.

Finally, the greatest threat might emerge from the demographic change taking place in Syria in the war of injustice and persecution, which has extremely adverse consequences, and poses a grave risk to international peace and security.