In light of the continued search for unified representation, Syrians must learn from Arab and international experiences that strong leadership does not always lead to dictatorship, Ahmed Aisha writes for opposition outlet All4Syria 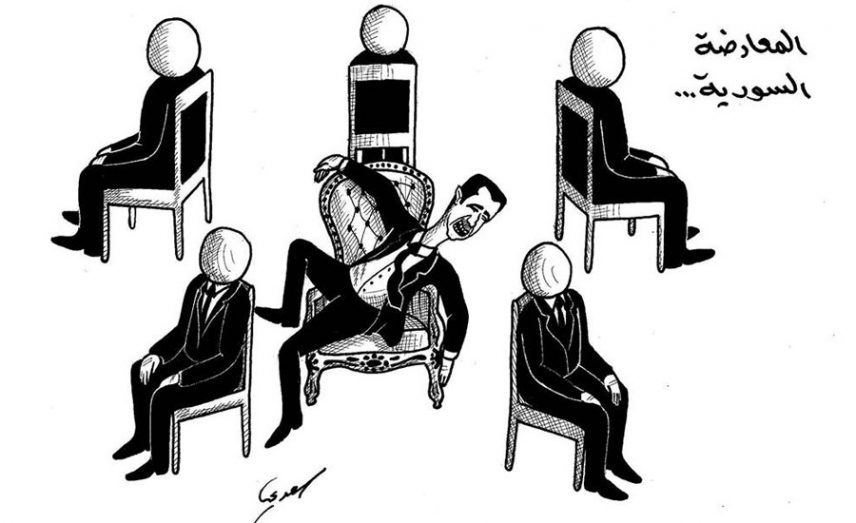 Perhaps what revolutions and other movements need most is the presence of a symbol who achieves a sort of general consensus, such as representing and expressing its demands, speaking in its name and defending its calls. This is what the Syrian revolution lacks, and was a factor it its weakness no less than other gnawing factors which have affected its body and contributed to its weakening.

One can understand the motives of young people and their reason upon the beginning of the revolution in their lack of desire to be overseen or guided by some figure from the traditional opposition parties or the independent national figures, because the revolution they arranged was largely a revolution against exclusiveness and personality cults, a matter which they had experienced well, as had their parents.

The era of Syrian sectarian family rule has extended over more than 45 years, about two generations. The youth generation that rose up were born in the era of the father and raised in the era of the son. However, from another angle, the youth should have searched for a representative symbol that could push them forward, such as a symbol or leader for the revolution and their demands.

Instead of that, the coordination committees rose up in the various regions and cities, albeit without a capable individual group to create symbolic individuals to be a source of national consensus.

It was not military action, which would require greater coordination and discipline in the best case, and so since the beginnings of the formation of the military groups and under any name, and any belief, there was a tendency to discriminate and then exclude rather than draw together and then to unite a national military entity. This gave space for a number of more extremist jihadi organizations to hatch, and were more harmonious in what they represented in terms of strict adherence to belief and leadership.

The polarization between the backers also played a negative role in the closeness of these groups, and political and ideological differences were reflected in the relationships between military factions. The battles that occurred between rebel groups in different areas at different times — from Ghouta to Hama to Aleppo —were one expression of the regional and international conflict which affected the fate of the revolution.

Analyses must reflect on the convergence and then unification of a single military body, and another political, which is entirely distanced from ideological differences (which are deadly to Syrians). This requires all of us to give up and move away from the culture of hatred and accusations of treachery toward one another, and begin building a culture which is based upon trust and shared responsibility, but not scrambling to appear before the camera as do the members of the negotiating delegation in Geneva.

Sharing in the sense of dividing work and for a united aim which Syrians converge upon is what will end the tyranny and move us to a stage which establishes a free and dignified life for all.

It may seem a bit strange when looking at the lack of political or military leaders or united body in the sense of a movement or group for the Syrian revolution, even though all the old and new parties in Syria are recognized by the names of their leaders, which indicates the state of disharmony and hatred that many have long exploited — including the regime. And on another hand the lack of democratic life in the traditional parties has alienated a huge number of young people toward the hegemony of a single leader for their movement.

But building national leaders is an important issue and necessary for the victory of any movement or institution, leaders based on the principle of trust first of all, transparency second, and accountability third. This is what gives us an element of strength and unity that can push the revolution forward. It was not shameful and did not reduce the value of the revolution to be affiliated for a period with a leader. We have good examples from many Arab and international experiences, from Yusuf al-Azma to Abdel Nasser to Ben Bella to Lenin to Mandela…. It must be understood that leaders are not equal to dictatorship.