Amid Russian-Iranian political rivalry over influence in Syria, more concrete competition in the sphere of economics surfaces as Damascus, in deference to Russian requests, delays implementation of strategic agreements with Tehran 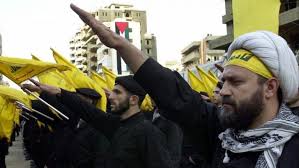 Tehran has suspended supplying Damascus with oil derivatives amid reports that it had also delayed appointing its new Syrian ambassador, a clear indication of its dissatisfaction as the Syrian government defers implementation of strategic agreements over Syrian and Russian officials’ reservations, said diplomats who visited Damascus.

Syrian Prime Minister Imad Khamis visited Tehran at the start of the current year and signed four strategic deals that would grant an Iranian company, backed by the Revolutionary Guard, a license to become the third mobile phone service provider in Syria. The agreements would also allow the company to invest in Syrian phosphates for a period of 99 years as well as take hold of land for agricultural and industrial purposes and establish an oil port on the Mediterranean Sea.

In addition, Khamis also signed a new $1 billion credit line with Iran, half of which to be used to finance the export of crude oil and oil derivatives to Syria.

It is notable that the signing of these deals, which Syria had hesitated to do previously, coincided with Damascus’ agreement to turn the Tartous port into a Russian military base similar to the Hemeimeem base in Latakia. The Russian base was established for an indefinite period, in coordination with Moscow and Ankara, to implement a cease-fire in Syria and begin the Astana process — a matter which has been met with Iranian reservations.

Observers explain this as an attempt by Damascus to achieve “balance” between Moscow and Tehran and benefit from the differing priorities of the regime's two allies.

The first deal stipulates an agreement on Iran’s investment in phosphate fields in an eastern area 50 kilometers southwest of the historic city of Palmyra. The economic Syria Report run by Jihad Yazigi reported that Syria has one of the biggest phosphate reserves in the world estimated at 1.8 billion tons, most of it in the east. However, production is lower than capacity as it did not exceed 3.5 million tons in 2011, in addition to 400,000 tons exported to Iran in 2013.

The eastern region has been the site of fighting between regime forces and Hezbollah on one side and the Islamic State (ISIS) on the other, which has resulted in Hezbollah's recapturing of Palmyra and its countryside for the second time as a result of Russian aerial and ground support.

Sources told Al-Hayat newspaper that Moscow was not happy with the phosphate agreement in an area which Russia considers to be within its zone of influence. There were also questions about the reasons for regime forces and ISIS exchanging control over Palmyra, which falls between Iraq and Lebanon, a region that in the future could possibly serve as a route for gas pipelines Iran plans to extend to the Mediterranean Sea.

The second deal grants Iran a license to operate a third mobile phone service in Syria alongside Syriatel and MTN. According to sources, the new company is split into three shares: 40 percent will go to the company and Iranian businessmen, another 40 percent will go to other businessmen and the Martyrs Support Fund (a fund for those killed in battle), and 20 percent for the Government Telecommunications Organization.

The Syria Report said that the Iranians will be represented through the MCI company, which is part of the organization that has a monopoly on telecommunications in Iran. In 2009, MCI became linked to the Iranian Revolutionary Guard. It tried in 2010 to obtain a license to operate in Syria, however Damascus rejected this at the time.

According to sources, a dispute has emerged between Damascus and Tehran over the execution of the agreement, related to “roaming service between the mobile phone networks inside and outside Syria, its infrastructure and the revenues Tehran wants to collect on its debts from Syria.” Influential Damascus figures have also objected to the division of the revenue.

Reuters quoted Karim Sadjadpour, senior associate in the Middle East program at the Carnegie Endowment for International Peace as saying: “Telecoms are a very sensitive industry. It will allow Iran to closely monitor Syrian communications,” a matter which has caused reservations in Damascus and Moscow.

In accordance with the third deal, Damascus will give Tehran 5,000 hectares of land for agricultue, animal husbandry and industrial projects. However, there was a disagreement over the location of this land, as the Syrian government proposed areas in Raqqa — the headquarters of ISIS in eastern Syria — while Tehran has insisted on acquiring land between the city of Daraya, which was recaptured by regime forces at the end of last year, and the area of Sayeda Zainab, the headquarters of Shiite organizations under Iran’s authority.

Reportedly, Moscow intervened to carry out changes in a company overseeing the implementation of a residential project between Kafr Sousa and Daraya to prevent the conducting of a demographic change. Russia also deployed forces, including military police, in Wadi Barada, near areas where Hezbollah has deployed after reaching a truce.

In the fourth deal, Damascus agrees to granting Tehran a thousand hectares to establish oil and gas terminals on the Mediterranean Sea. It was reported that one of the proposed areas for the port is Banyas between Tartous and Latakia, two military strongholds for the Russian army.

Tehran had previously tried to expand the Tartous port into a military base, however Moscow opposed this plan and later launched its direct military intervention at the end of 2015. It deployed a S-400 missile system in Latakia and then decided to expand the Tartous port. A Western official said: “For the first time in hundreds of years, Russia has achieved its dream and has a permanent military base on the Mediterranean.”

According to the fifth deal, Iran agrees to open a new $1 billion credit line. Yazigi told Al-Hayat that since 2013, Iran has granted credit lines to Damascus with a value of $6.6 billion, including $1 billion at the start of this year, half of which was allocated for financing crude oil and oil derivatives to Syria.

According to data from the International Energy Agency, Iran has exported 70,000 barrels of oil daily to Syria, while the Syrian prime minister said in Tehran that the cost of the oil bill had reached between $2-3 billion and that the new credit line would provide between 20 to 30 percent of the country’s need.

Diplomats who have visited Damascus told Al-Hayat that Tehran, which had previously asked Damascus for “sovereign guarantees” for its financial loans and its military participation in Syria, is dissatisfied with implementation of the economic deals and as a result has frozen the exports of crude sales to Damascus, leading to an unprecedented rise in its prices. As a result, Damascus loyalists have begun to openly criticize the “failure of allies to honor their commitments to supply oil derivatives.”

An official in Damascus was quoted as saying that the reason for the delay of the arrival of oil derivatives was the failure to provide cover insurance for cargo ships, noting that Damascus had discussed with Algeria the possibility for providing it with derivatives to compensate for the lack in the Syrian markets.

Iran is betting on having a major role in the reconstruction in Syria because of the role of the Revolutionary Guard and its affiliated militias in supporting the regime forces over the last six years. However, at the same time Iranian officials consistently raise with European officials the issue of their duty to contribute to reconstruction in Syria without political conditions.

Khamis in his meeting with Ali Akbar Velayati, adviser to the Supreme Leader Ali Khamenei, invited Iran to invest in the reconstruction projects in Syria “where infrastructure has been devastated because of the war.”