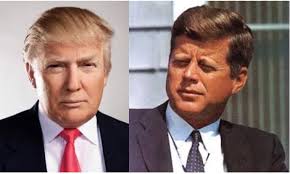 An important breakthrough took place regarding Syria during the meeting between presidents Vladimir Putin and Donald Trump last week. It was the agreement on the de-escalation in southwest Syria, to indicate Trump's seriousness in working with Putin to produce solutions. However, although the technical details of this agreement were not published it was clear that all parties welcomed it, except Israel, which wants the continuity of the bloodshed and chaos in Syria, its archenemy.

Still, after the Putin-Trump meeting it is necessary to be cautious of the deep state's institutions and media tools that do not want any normalization of relations with Moscow because it sees that Russia, as an independent world power led by Putin, is an obstacle to America's global aspirations for hegemony.

This is why the deep state has led a media campaign against Trump. The New York Times has raised a new story about the meeting between Trump's son and a Russian lawyer close to the Kremlin. Meanwhile, CNN analysts said Trump fell in Putin's trap during the Hamburg meeting because of "Trump's poor political experience." The ultimate aim of course is destroying the results of the Russian-American summit.

Senator John McCain, the Republican hawkish leader in Congress, attacked the White House, saying that America was losing its battles because of its lack of strategy. He referred to his current visit to Afghanistan, where the situation of the so-called coalition forces is deteriorating after 16 years of U.S. occupation.

American website Information Clearing House attributes this to the deep state, which thrives on confrontation, endless wars and a world full of philistines that facilitate the activities and monopolies of its companies. Hence, the resurgence of Russia and China cannot be tolerated because it threatens American ambitions in a unipolar world led by the United States.

Some circles in the United States doubt Trump's ability to succeed after the meeting with Putin because interests will be affected by normalization, or even cooperation, with Moscow, and the forces of darkness in the deep state will not allow this to happen.

It is clear that Syria will be the real test of American intentions and Trump's ability to carry out his promises with Putin, which will serve as a model for cooperation in other less complex files such as Ukraine, North Korea and others.

Many observers say former U.S. President John F. Kennedy paid with his life the price for trying to normalize relations and find peaceful coexistence with Moscow in the 1960s. Will Trump succeed?

I think that is an American and Russian interest, but the Trump world is now different from the world of Kennedy, and Trump’s America is very different from Kennedy’s.

Syria is the test. Let us watch carefully, and be aware of the coming developments.