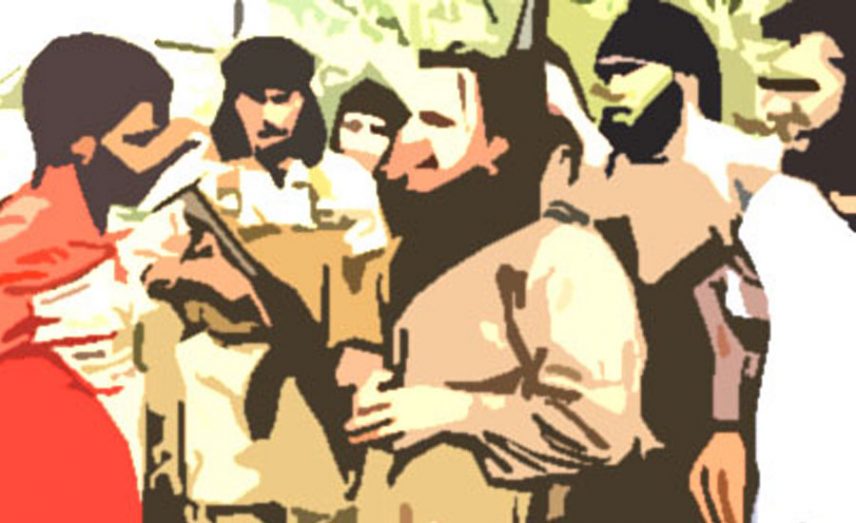 The scene is not entirely new: A terrorist group in the Middle East collapses under heavy airstrikes from an international military coalition led by the United States. We have seen this in Afghanistan, and then again in Iraq — today and years before — and now in Syria. And although the military result of these conflicts is expected to be easy, their repetition — four wars in 10 years — suggests that there is a lack of enabling international victory, which allows a chance for the terrorist organizations to return every time in a new form, with violent and destructive expressions in higher levels of brutality.

Since Abu Bakr al-Baghdadi announced the establishment of the Islamic State in Iraq and Al-Sham, which is known by its acronym ISIS, in April 2013, this group has become the most present and dangerous in the records of the war on terror. There is no room to re-list the reasons which allow ISIS to capture the forefront of international terrorism, as there are many known explanations, and within the realistic analyses a number of detailed conspiracy theories have spread around this brutal and unrestrained manifestation.

But we are now witnessing the final stages of ISIS as a central terror organization, with its geographical presence declining to less than just 10 percent of the territory which it invaded in 2014, which included about a third of Iraq’s total area and half of Syria’s.

However, there are clear indications that the group is not ready to surrender, with the success of the organization in repelling the attacks of the Bashar al-Assad regime and its allied militias in Albu Kamal, the last major urban center under its control, and its coordinated and organized attacks on the Deir-ez-Zor military air base days ago, as well as the return of its appearance in quick-moving gangs in areas in the Salah Eddin and Diyala provinces in Iraq.

In contrast to the Nusra Front, which appeared as an unknown name as a branch of Al-Qaeda in Syria, ISIS is a declared extension of a series of formations beginning with Jamaat al-Tawhid wa al-Jihad in 2003, and Qaedat al-Jihad fi Bilad al-Rafidain in 2004, and then Majlis Shoura al-Mujahideen in 2005, and then the Islamic State in Iraq in October 2006. The Islamic State in Iraq saw nearly the same course as ISIS, although on a smaller scale, as at the height of its power between 2006 and 2008 it achieved a major advance in the Anbar, Salah Eddin, Nineva and Diyala provinces before collapsing under strikes from the Sunni Sahwa militia backed by the American army.

The brutal content of the Islamic State in Iraq’s performance from that of ISIS did not differ much in its principles, but the latter had greater propaganda tools, and much greater geographic areas, and above all this, a stable intention to turn its bloody activities into terrifying propaganda and to formulate a genocidal project.

The decisive point in this context is that the Islamic State in Iraq was able to quickly recover from this situation as a result of the Americans and the Iraqi authorities — the government of Nuri al-Maliki — leaving the Sahwa areas without support. The Iraqi branch of Al-Qaeda carried out a broad campaign of bombings, killings and assassinations, backed by a revenge narrative strengthened by Maliki’s sectarian policies. The Syrian regime was accused dozens of times of supporting terrorism before it turned into an ally against the Syrian revolution, which allowed for the survival of a semi-coherent structure which paved the way for ISIS to be established later.

In reality, the terror organizations witness major transformations and reviews of their tactical and theoretical organizations alike throughout the period of their decline, while tending to display alliances mostly in moments of strength. This is what occurred with the Islamic State in Iraq, which was in practice an alliance with extremist groups, at their center Al-Qaeda fi Bilad al-Rafidain, with some interpretations explaining that the alliance which formed ISIS later included the Islamic State in Iraq with former officers in Saddam Hussein’s army and fighters loyal to military commander Izzat al-Duri, Saddam’s former minister.

The question here will return: After eliminating the ISIS caliphate as an entity exercising authority over a specific geography, will the conditions which paved the way for its appearance be different from those after its collapse?

ISIS was essentially an external terror attack on the Syrian revolution, exploiting the conditions of the state ceding the task of protecting citizens in order to devote themselves to killing them — a condition which offers no signs of changing, and indeed may be growing worse with the establishment of a sectarian narrative over the meaning and image already dominant in areas from which ISIS was expelled. Meanwhile, the Assad regime has not found it necessary to deny this narrative, as it relates to communities described mostly as enemies and traitors to its project of endless tyranny. And so ISIS, as an organization reverting to its clandestine roots, will not end attitudes which fan takfiri thought in these communities, in order to carry out bombing campaigns which have previously killed thousands of Iraqis before finding a window for its latest destructive manifestation.

It seems clear that the biggest guarantee for the return of ISIS in a more brutal and terroristic manifestation is the survival of the Assad regime.