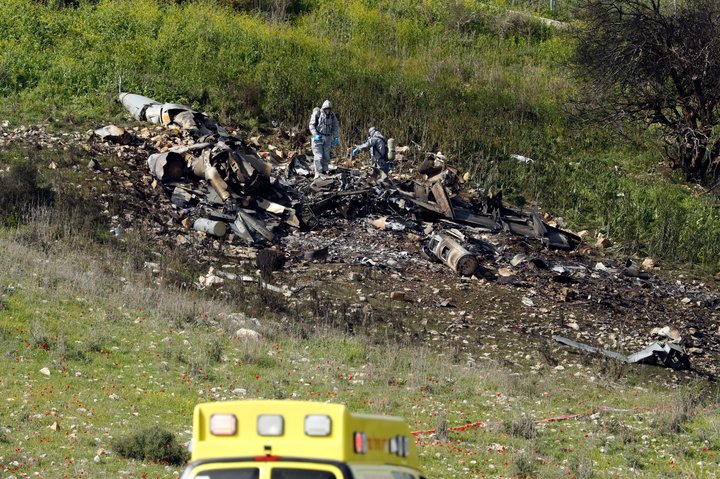 The Israeli enemy was surprised by the strong Syrian response to its repeated attacks when Syrian air defense systems returned fire against its warplanes — recalling the memory of what these weapons achieved during the liberation war of October 1973, when the Zionist “Phantom” warplanes were turned into paper toys in the skies above Damascus and elsewhere in Syria.

Since the beginning of the crisis, the Israeli occupation's government ordered the terrorist groups to inflict total destruction on Syrian air defense systems, in the belief that these systems would not remain standing. Therefore, the Israeli enemy's warplanes continued their attacks on Syrian territory, protecting the takfiri terrorist groups on the ground and raising their spirits each time they were crushed by the blows of the Syrian army and its allies. They did not expect the swift response in downing the most modern planes in its possession, the F-16, creating panic and fear, and sending settlers running for shelter. The enemy’s government rushed to demand urgent intervention from Russia and America to contain the situation and Israeli President Benjamin Netanyahu’s “heroes” wallowed in mud.

What happened was a major uncalculated shock to the heart of the Zionist entity after the Syrian missiles reached deep into occupied territory and penetrated its “Iron Dome,” and after inaugurating a new phase whose dawn was the downing of one of its most developed warplanes. It has always considered the secret of its superiority over everyone to lie in its air force, which has not had a plane downed in 30 years, and which Israel’s rulers have long boasted of and used to threaten others. Recently, Netanyahu said, with bullying and aggression: “Do not test our strength and air force.” But this bravado has been blown away and the myth of Israeli air superiority shot down.

Finally, the rulers of Tel Aviv are delusional if they think for a moment that this Syrian deterrence will occur only once, or that it was an emergency action and will not be repeated. Syria has taken a firm decision to move into new rules of engagement which will not allow any Israeli aggression after today to pass without immediate and direct response, and without the enemy paying a heavy price. The Syrian Armed Forces in their various types are more than ready than at any time in the past to implement this noble patriotic mission. The time of Israeli revelry is over and its most difficult pages have been turned, not to return.