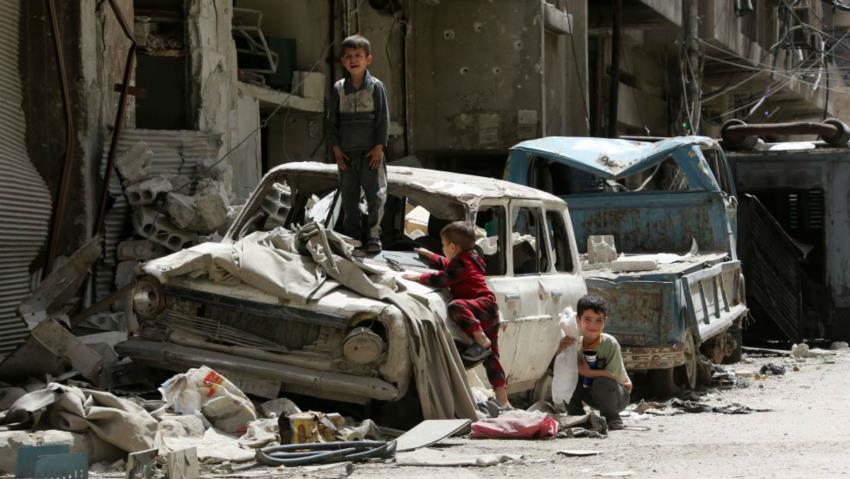 This is the stark assessment of a Syrian friend of mine regarding Donald Trump's decision to unilaterally rescind US participation in the 2015 Joint Comprehensive Plan of Action, better known as the Iran nuclear deal.

The deal was crafted between the P5 1 – the UN Security Council's five permanent members, namely the US, UK, France, China and Russia, plus Germany – to stop Iran from developing its nuclear programme to the point of being able to construct a nuclear weapon.

The deal was largely seen as a triumph of the Obama administration and the crowning glory of his presidency – it was, as it was put, his "legacy deal".

In theory, the deal was good. At the time, it seemed to put to bed the extremely unlikely but not unthinkable notion that there would be military action against the Iranian state, whether by the US directly or, more likely, by Israel with US backing.

In the minds of many, it shut Israel up. It was meant to silence the sabre-rattling of Binyamin Netanyahu and the alleged Israeli "war party", as well as those within the US right.

A right-wing US president has rescinded US participation in the deal, much to the chagrin of the P5 and EU, while Israel is not simply talking war with Iran, but has already traded blows with it in Syria.

Though the deal was welcomed the world over – save Israel, Saudi Arabia, the UAE – as a triumph for "peace", Syrians in the meantime were on the receiving end of a genocidal war. A war waged, in no small part, by Iran.

Iran, of course, has not simply aided Assad in carrying out the first genocide of the 21st century, but is perhaps now its primary author.