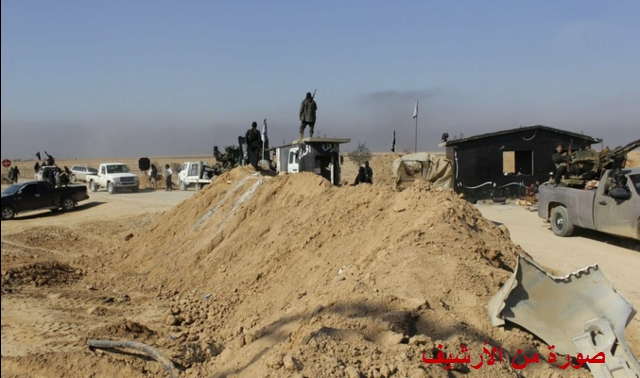 The Islamic State (ISIS) commenced digging large trenches near the Arshaf Bridge in the northern countryside of Aleppo. ISIS has also constructed concentration points stretching along the trenches which are intermittent and unconnected.

ISIS began digging the trenches in the vicinity of Dabeq region, near Arshaf, in the northern countryside of Aleppo on Tuesday. Rooms have been constructed within the trenches, as the organization plans to use them as front-line military centers to protect soldiers from the bombing of the international coalition warplanes.

The trenches are about six meters deep and five meters wide, in order to accommodate the concrete rooms that sit approximately 30 centimeters below ground. The international alliance has recently launched several air strikes on the area targeting ISIS points, while rebel battalions have also managed to seize a village on the organization’s front line.