Hafez al-Assad even suppressed the Alawites who refused to obey him and showed tribal affiliations toward Assad's former opponents, Salah Jdid and Mohammed Imran 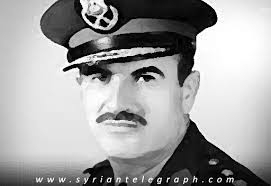 Hafez al-Assad built his strong Alawite base by using people close to him from his sect. These included his brother and commander of the Defense Brigades Rifaat Assad, commander of the special forces Ali Haider, Military Intelligence chief Ali Duba, and commander of Air Defense Ali Saleh. It was those members of the Military Committee responsible for the promotion process in  the armed forces. Some Sunni officers were appointed as a kind of window-dressing to cover up the sectarian nature of the regime. These minority officers included the Defense Minister Mustafa Tlass (a Sunni), the Chief of Staff Joseph Shakkour (a Christian), and Major General Naji Jamil (a Sunni) in the air Force Command. They were specifically appointed to dispel the west’s impression about Alawite control.

In fact, Hafez al-Assad even suppressed the Alawites who refused to obey him and showed tribal affiliations toward Assad's former opponents, Salah Jdid and Mohammed Imran. Even Alawite clergy were recruited in full servitude of Assad’s image and symbol. Several intelligence and security services were established, and they absorbed thousands of poor Alawites and created thousands of jobs for their children in the apparatus of the state. While the Alawites had been inferior in the community, they have become well-respected and feared by the people because of al-Assad’s to his authority, which has no limits. Assad’s policies achieved a quantum leap in the life of the Alawites, giving them what they would never have dreamed of. Some clergy contributed to the idea of devotion to Assad as if he was a religious symbol, and soon some people worshiped him like a God, drawing on the signs and religious myths that have been adapted to serve the idea.

The regime's plan to apply sectarian control was highly managed, as it brought Alawite volunteers from remote and impoverished villages and employed them in military and intelligence positions. Many of the Alawites that came were not educated—indeed, Assad actually preferred them to be uneducated—so elementary or secondary certificates were enough to recruit them into the intelligence services. These new immigrants came to the cities full of sectarian and class hatred in their minds, and the nature of their security and military jobs, with their absolute authority, gave them an opportunity to pour out their hatred. Along with the nature of the confrontation with Islamic organizations (and the Baathist idea linking these organizations with Zionism and American interests), this situation contributed to the regime’s increasing control over the minds of intelligence and military members. Motivating these officials required nothing more than feeding these ideas in their minds.

To keep this ideological system and insulate it from the influence of the Sunni civil community, suburbs and residential units were built, guarded and surrounded by walls to house security and army members within separate sectarian cantons. These settlements were distributed in a planned manner to surround the cities and control them. In Damascus, for example, the residences of Alawite officers and security service members were built at the southern entrances of the city in Moadamyeh and Mezze, on the international highway of Deraa, to the north in Harasta and Barzeh, to the east in Jaramana, and to the west in Dummar. The same thing happened in other provinces, especially Homs and Latakia. In Latakia, the demography of the entire city changed with the Alawites having seized many of the coastal areas originally inhabited by Sunnis and Christians.

Parallel to the empowerment of the Alawites, was the distraction from and minimization of the weight of economic and social fields, which included the isolation and expulsion of associated intellectuals. This was done by all means available. If someone had not been arrested or killed under the pretext of belonging to the Brotherhood, they would be pushed to surrender or flee the country. Rifaat Assad, the commander of the Defense Brigades went quite far in this, as on October 5th, 1981, when his paratroopers, under the protection of his brigades, launched a campaign to remove the hijabs of women in the streets of Damascus, which constituted a clear insult to Islamic conceptions of sanctity. Such actions by Defense Brigades and other military troops were committed out of sectarianism and hatred against the Sunni majority. During their campaigns, members of Defense Brigades often chanted "for you Hafez, for you, you who are without equal, for you." People in the military and government were forced to chant these slogans.

There were also other procedures taken on the grounds of getting rid of religious references. Mosques were closed, prayer was forbidden among army units and in public places, male and female students were forced to [mix and] socialize in schools, and cinemas were allowed to show films containing sexual scenes. Jamil al-Assad, brother of Hafez al-Assad, established the "Murtada Association," a fully sectarian association whose goal was, as Jamil himself declared, Shiitizing the Sunni people of al-Jazeera and the countryside of Homs and Hama. He claimed that the peasants of these regions were Shiites and that the Ottoman authorities had forced them to convert to the Sunni sect.

In these times, people were under incredible stress, their lives became hell, and Assad was preparing the final scene in the history of the Syrian people's movement. In February 1982, after Assad a mustered individual fighters together there, the army stormed Hama and committed one of the largest massacres in the twentieth century in order to start a new chapter in building the Alawite republic of fear.