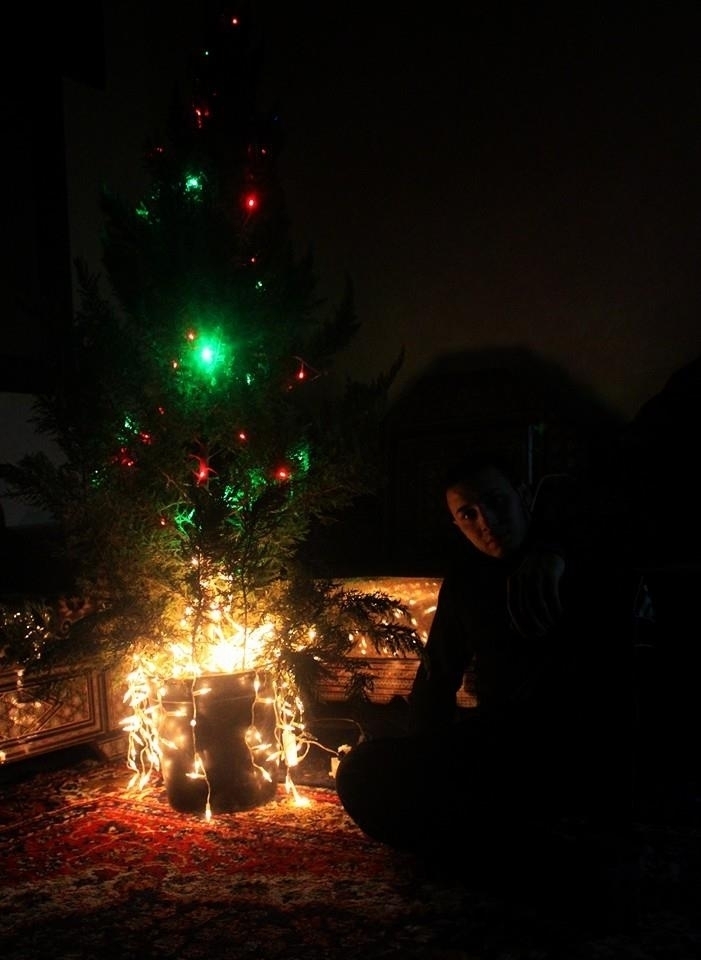 While millions of people are celebrating Christmas and preparing for the New Year, Christians involved in the Syrian revolution network posted on their Facebook page “No Christmas in an occupied country.  Sorry for not receiving gifts.”

“The criminal Bashar Assad had sent us bombs and barrels and killed our Christmas,” they said.

Syrians are collecting body parts of their children, relatives and friends from the rubble of their homes, schools, churches and mosques, bombed by explosive barrels and other “ gifts from heaven” from Bashar Assad’s army, they said.

Syrians live in conditions of murder, mass death and chaos for the third year, with even more intensive sorrow than years past, after the Assad regime used starvation sieges as a method of collective punishment, also resulting in greater humanitarian tragedy. Meanwhile, greater use of heavy weapons has continued, with thousands of civilians killed and their lives destroyed in military airstrikes and the use of explosive barrel bombs that had left, just ahead of Christmas, 450 martyrs in Aleppo alone. All this was on top of ground-to-ground and scud missiles and chemical weapons previously.

Others see the importance of times to express hope and goodwill, but there is a third Syrian party that considers those who celebrate these occasions as enemies, or at least not supportive of the Syrian revolution, accusing them of silence while other Syrians are being killed.
Wassim, an architecture student, said that Christmas gives us hope that a new birth may come to change our bloody reality in Syria, but at present, he does not care about any celebrations.

“Everything around me bleeding and dying, there is no place for joy, what should we celebrate?” he said.

Reem is a Christian girl living in Bab Touma, a Christian area in Damascus, and had until recently worked in a private company that was closed due to the security situation.

She said she is waiting for the resurrection and does not feel the holiday while she is witnessing shelling or losing relatives.

“We bought sweets for the children and tried to feel the Christmas, but nothing was sweet as usual” she said, adding that living conditions are very difficult and that the occasions for family and friends to meet are absent this year, while many friends are out the country now and the rest are intending to leave soon.

The surreal scene becomes more so in the “hot spots”, which witness daily shelling and direct military engagements.  In the city of Erbin, in eastern Ghouta, considered a mixed city of Muslims and Christians, locals still talking about the bombing of their church by military airplanes in September, while the Syrian human rights network recorded bombing and destruction of 35 churches in all areas of Syria by the Assad army.

The city previously celebrated New Year’s Eve in its own way, with Christians adorning and prettifying their homes and churches while Muslims participated in blessings and celebrations.

Abu Alaa Al Erbini, one of the civilian activists in the city, said that there are no signs of holidays this year and that most of Christians and Muslims had fled the city to Damascus or outside the country. Those who stayed have been under a severe siege for ten months. The city is exposed to daily shelling and airstrikes after the use of chemical weapons which killed tens of children.

“Who is going to celebrate and with what? The only Christmas tree is pieces of wood now; we put it in the fireplace to get warm or to cook,” Abu Alaa adds sarcastically.

The sectarian climate increased as the country drowns more and more in war and death, maximizing the differences between people about these holidays.

Many don’t care about New Year’s Eve due to their tragic reality while others are afraid to show their emotions and interests because of a lot of pressures from radical groups mixing religion with politics.

In the context of this turbulent relationship, Mohammad, one of the activists in the city of Duma and a volunteer at the Syrian Arab Red Crescent, while finishing the decorations on the Christmas tree, said:  “I will give this tree for madam Dima, a Christian lady and wife of one of the Muslims here in Duma. She came a few months ago and congratulate us on Eid al-Adha. She and her child were trapped here with us. My friends and I in the Red Crescent hope that she get the message and we wish her a merry Christmas and a collective resurrection for all of us.”