Security chaos in Daraa continues, with four assassinations being witnessed in just 24 hours, although it's not known who is responsible reports Alsouria Net. 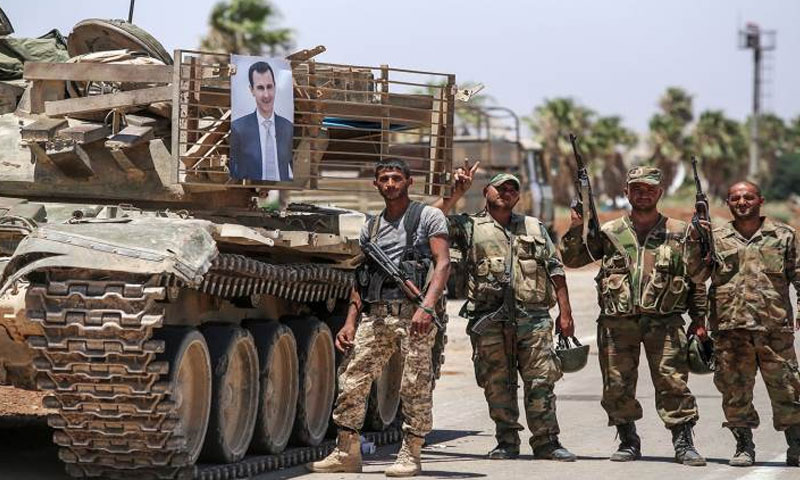 Daraa Governorate witnessed four assassinations during the past 24 hours, affecting figures belonging to the security forces, including three leaders.

SANA reported that a large explosion occurred in the al-Sabil neighborhood in the city of Daraa, after midnight last night. The sound of the explosion was heard throughout the city. It became clear, hours later, that an explosive device had targeted the car of Yasser Hariri, who works for the regime’s Military Security. He died as a result.

Hariri was a field commander in the Fallujah Houran Division of the Free Syrian Army. He joined Assad’s forces after the 2018 settlement agreement and became a Military Security leader.

Hariri is considered the security official for the al-Sabil neighborhood, and activists in the region accuse him of being responsible for the assassination of opposition figures.

The body of Yousef Ahmad al-Masalmeh, the leader of one of the groups working for the Fourth Division, was also found on Wednesday on the road between Daraa al-Balad and the village of Nassib, along the border with Jordan. He had been shot in the head, know lying him instantly.
On Wednesday, unidentified persons shot the leader of the regime’s Military Security, Mustafa Qasim al-Masalma, known as al-Kassem, and his companion, Radwan al-Shami, in the Sajnah neighborhood of Daraa al-Balad, causing severe injuries. They were both taken to the hospital.

Moreover, Muhammad Omar Abu Sweid, who works for Branch 215 of the Military Security, was killed after being shot on Wednesday morning near his home in the city of Nawa in the western countryside of Daraa.

Abu Sweid had concluded a settlement agreement with the Assad regime in 2018. Before that, he worked for the Free Syrian Army and traded in weapons, according to Horan Free Media.

Daraa Governorate has been witnessing similar assassinations since August 2018, when opposition fighters signed a settlement agreement with the regime. The assassinations mainly affected parties to the agreement in addition to some soldiers from Assad’s forces.

No party has claimed responsibility for the assassinations in Daraa or the targeting of Russian and Assad forces. The regime has not commented on the security chaos that the governorate has been witnessing for months.

The Violations Documentation Office of the Gathering of Ahrar Horan counted 30 operations and assassination attempts during the month of September, which killed 17 people, injured 12, while eight survived.