The Sheikh al-Karama Forces have kidnapped two members of Hezbollah in an effort to force the regime to release one of their members writes Baladi News. 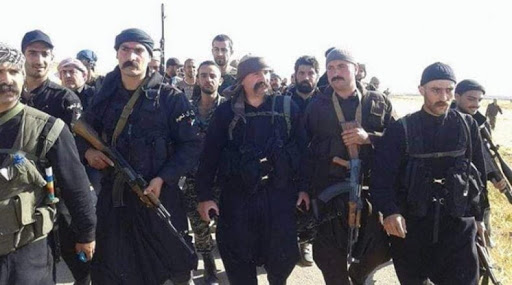 On Wednesday, the Sheikh al-Karama Forces group arrested two members of the Lebanese Hezbollah militia with the aim of exchanging them for a missing member of their group.

The group announced that the two Hezbollah members were Mohamed Alaa el-Din Darmash and Abdel-Hadi Ahmed Kurdi, pointing out that they were kidnapped on the western Suweida countryside road while returning from Daraa.

The group said on its Facebook page that the reason for kidnapping the two was to trade for one of their members, Raad Imad Bali, who had been missing for nearly a month under mysterious circumstances.

The Sheikh al-Karama Forces accuse the Assad regime security services of kidnapping the member, but the regime has not declared responsibility for this.

The Sheikh al-Karama Forces is known among the people of Suweida governorate as being hostile toward Assad regime forces and the Lebanese Hezbollah militia.

Thousands of young men from Suweida are protected against forced conscription by joining local groups in the governorate, which in turn prevents the regime branches from arresting civilians.