The head of the High Negotiations Committee has said that he will not meet with the Russians while they continue to take part in the attacks on northern Idleb reports Al-Modon. 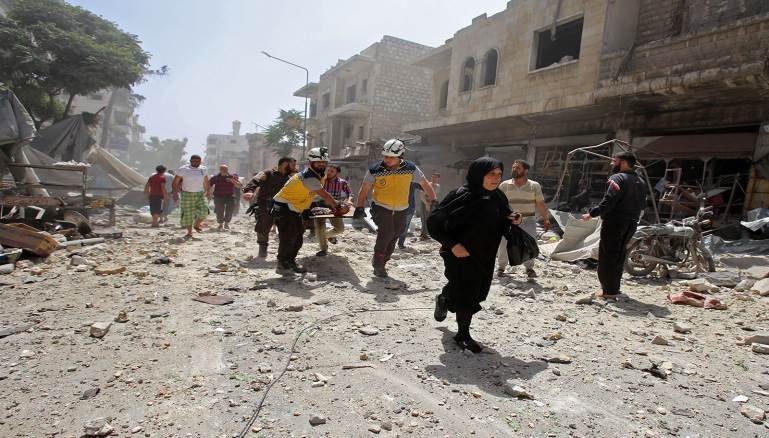 The opposition High Negotiations Committee refused to meet with the Russians because of the ongoing military attacks on areas in northern Syria, according to its president Nasr al-Hariri.

On Tuesday, Hariri said in a press conference in Riyadh that there had been a request from the Russians for a meeting, but the committee had made it a condition that the bombardment of Idleb be stopped first. Hariri said that the committee did not hold the meeting, and added, “We told Russia of what was happening in Idleb, its direct responsibility in the northern region, and that the committee was ready to continue discussions to reach a political solution when the bombardment on the people in Idleb stops.”

Hariri added: “How can we talk about meetings and a political process and a constitutional committee when Russia is destroying everything in Syria? They do not believe in a political solution and they should be honest with the Syrian people.”

Hariri called on “brotherly countries” to play a role in stopping the attack on Idleb and the direct targeting of citizens, and to support the factors that increase resilience to send a direct message to the Russians and the regime that the military solution will not be available in Syria. He expressed his hope that Turkey will continue its efforts and put more pressure to stop the military campaign.