Residents from the Damascus Countryside have mourned the deaths of five local who were killed fighting against the regime reports Enab Baladi. 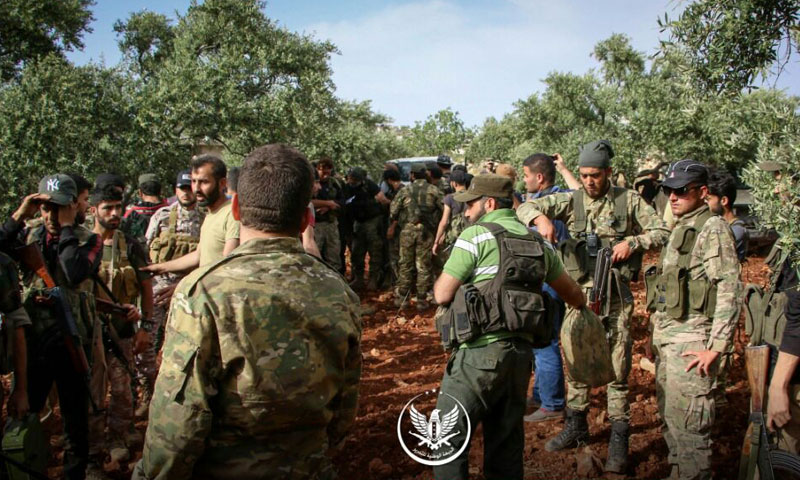 A number of opposition fighters from the Damascus Countryside were killed during the ongoing fighting against Assad’s forces in the Hama countryside.

On Monday, activists and local Facebook pages mourned four fighters from the villages of Wadi Baradah and the city of Qudisiyah in the Damascus Countryside as well as another fighter from Yelda south of Damascus.

The pages said that the five people were killed over the last two days, while taking part in the ongoing fighting on the northern Hama countryside fronts.

On Friday, rebel groups opened up a second stage of the military operations against Assad’s forces under the name “Battle of Open Conquest” and said it would be on multiple fronts.

Parts of the Damascus Countryside have previously mourned residents who died on the Idelb and Hama fronts in northern Syria over the past two years while taking part in the fighting or during bombardments of the area.

Damascus Countryside residents who were expelled to northern Syria two years ago have joined the opposition’s ranks, alongside fighters who were displaced from other Syrian area.

Three fighters from Daraa were killed on the northern Hama countryside fronts while taking part in the ongoing fighting against Assad’s forces.

Enab Baladi’s correspondent in Daraa said that the number of Daraa fighters killed alongside opposition groups had reached 20 fighters.

A number of Daraa residents are participating with the opposition groups in repelling Assad forces’ attack on the Hama and Idleb countrysides, less than a year after their expulsion to the north along with hundreds of those who rejected settlements with the regime.

On the other side of the fronts, other Daraa residents are participating in Assad’s ranks, as they have been put on the front lines of the battle after settling their status in July 2018 when Russia and the regime took control over the southern province.

Daraa residents and some previous defectors from Assad’s forces are incorporated into the ranks of the National Front for Liberation under the Free Syrian Army or Hay’at Tahrir al-Sham and other groups operating in the north.

The Office for the Documentation of Martyrs in Daraa recorded 12 young men killed in opposition ranks and five others killed fighting in Assad’s ranks on the Hama countryside fronts since the beginning of the recent fighting in April.