Syria and Russia have accused the US of preventing displaced people in the al-Rukban Camp from returning to their homes writes SANA. 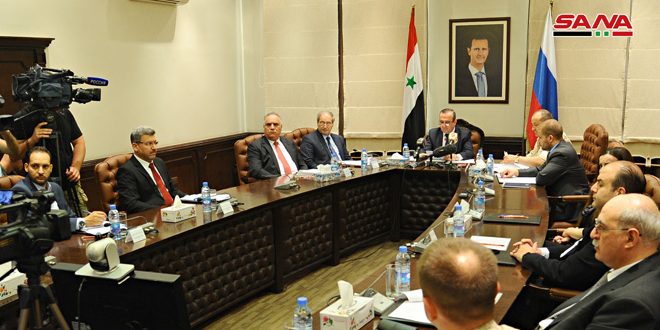 “During the last month, due to the Syrian-Russian joint efforts, the rate of returns for displaced Syrian to their homes has increased, but those efforts collide with obstructions created by the US and its allies in the region, along with the unilateral coercive measures that hinder the provisions of medicine to the Syrian people,” a statement by the two bodies said following a meeting held at the Local Administration HQ via satellite video.

The statement added that the illegitimate presence of the US in Syria hinders efforts to close the al-Rukban and al-Hol camps and escalates the suffering of people there.

It affirmed that the best solution to end the suffering of citizens in the two camps is to end the US occupation, which supports terrorist organizations.

“Thanks to the Syrian-Russian efforts, 13,500 citizens were evacuated from al-Rukban camp,” the statement added.