Despite a decision by the regime, many residents have been turned away by security forces while attempting to return to their homes in Yarmouk reports Alsouria Net. 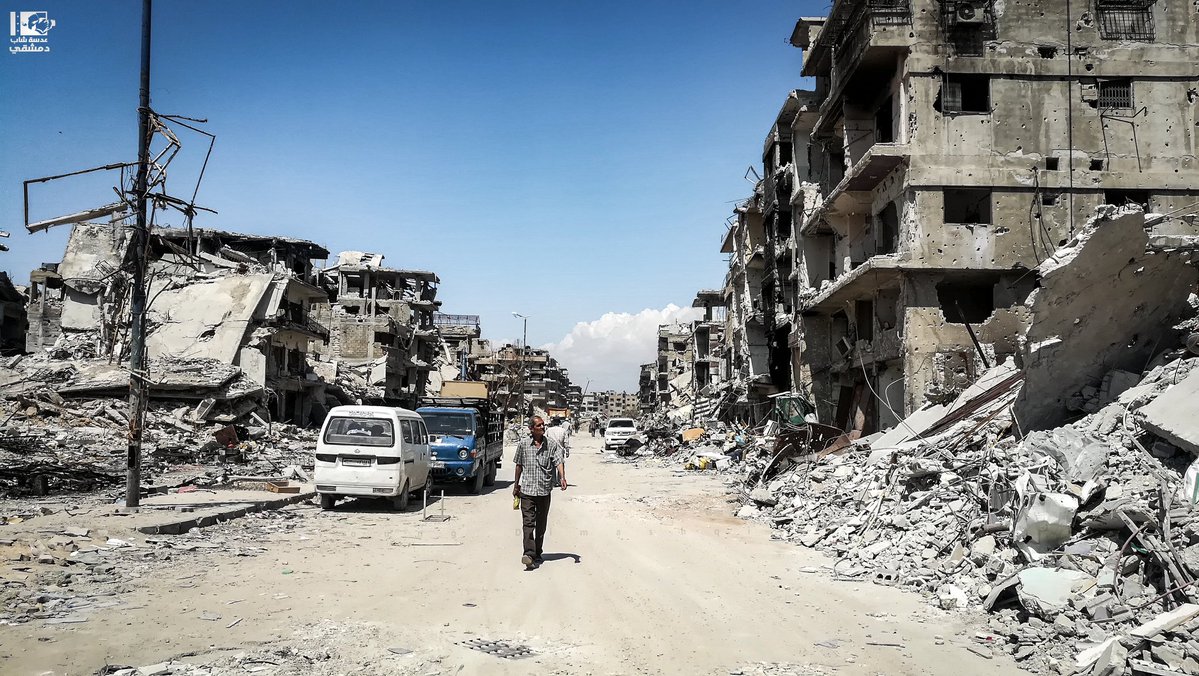 Security forces of the Bashar al-Assad regime prevented residents of the Yarmouk camp from returning to their homes despite the decision by the regime that allowed them to return.

On its website on Sunday, the Action Group for Palestinians of Syria quoted a number of activists and residents of the Yarmouk camp who said that when they attempted to enter the area, to inspect their homes and properties, security forces rejected their entry.

The group said that security forces had imposed their grip on the entrances and exits of the camp and that they were preventing residents from returning and beginning to rebuild, saying that the workshops were continuing to clear rubble and debris from the streets and alleys of the area.

Security forces have not allowed residents to enter unless they obtain security approval from the two regime offices placed at the entry of 30th Street. The group said, “These forces are asking residents for papers to prove they are from the camp, namely property records.”

The Assad regime’s Deputy Foreign Minister Faisal Mikdad informed Palestinian groups in Damascus, in the first week of November, that the regime had officially decided to allow the return of all residents of Yarmouk camp.

It does not appear that there is a specific period when residents can return and live in the Yarmouk camp, as Palestine’s Ambassador to Syria, Mahmoud al-Khalidi, said in a statement to the pro-regime Al-Watan newspaper that, “The Damascus Governorate commissioned the rebuilding and completion of the infrastructure in Yarmouk camp,” adding that there was no specific timeframe to restore services to the camp and for return residents to it.

Residents of southern Damascus fear the regime’s implementation of Law No. 10 in their areas, as happened in the al-Tadamon district, when the regime prevented residents from returning because of this law.

The residents of the district, which is the southern gate to the city of Damascus, were shocked after the issuance of a report from a Damascus governorate committee concerned with studying and implementing Law No. 10 in al-Tadamon, saying that the report was “not objective and was unfair” to them and called for it to be cancelled and rejected.

The committee’s report had said that the majority of the houses in the district were unfit for residence and therefore would be demolished, which was rejected by the residents, who said that their homes were still fit for residence. With the application of Law No. 10, the regime prevented 25,000 families from returning to their homes in al-Tadamon, according to residents in the district.