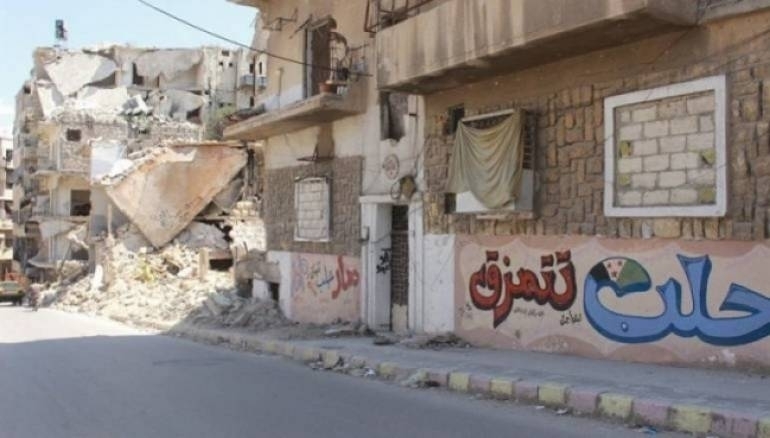 At least 26 people were killed on Sunday in regime air strikes on rebel-held areas of Aleppo and Daraa, activists and monitoring groups said.

The Syrian Network for Human Rights claims regime barrel bombs and missiles have killed at least 18 people, including eight children and five women, in the towns of Eastern Karak, Tafas, al-Soura and Dael in Daraa province.

The Network said Sunday’s death toll reached 49 victims in various parts of Syria at the hands of government forces.

Zaman al-Wasl reporters in Aleppo confirmed 10 people were killed after aerial bombardment on the rebel-held neighborhoods of al-Naireb, al-Marjeh, al-Hamidiyah, and al-Sakhour.

Medics told Zaman al-Wasl more than 120 people have been killed over one week in the regime’s aerial campaign.

Rebel-held parts of Aleppo have faced routine air strikes by the Syrian military. A United Nations commission of enquiry on Syria has recorded the intense use of barrel bombs – improvised bombs dropped by helicopter – by Assad forces in the city.

"We inform the civilians there, be they supporters (of the insurgents), or not, to leave the area. Every area from which a shell is fired, should be completely destroyed," Hassoun said, according to Reuters.