Residents of the capital endure crippling water shortages, as well as high rates of jaundice and cholera 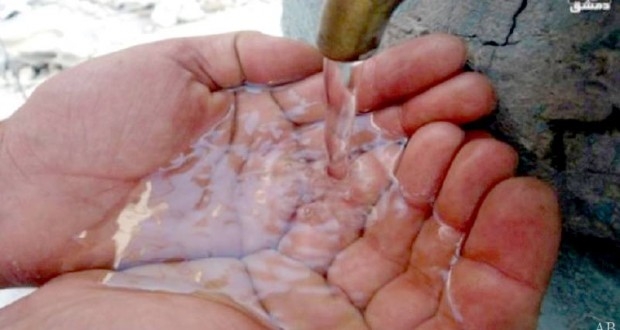 Areas of Damascus and its countryside are facing of a shortage of potable water after the city’s network was destroyed during fighting between regime forces and Syrian opposition factions as they battled for control of the Barada River.

Different regions in Damascus are experiencing shortages of drinking water, except for al-Maliki and some pro-regime neighborhoods, such as Mezzeh 86, which relies on water from wells which are decades old.

Mohammed from Midan neighborhood said he suffers from severe back ache after transferring water from the heart of the capital to his neighborhood in the last week. “Some people buy water from tankers that comes from the countryside and no one knows how clean that water is," he said.

The western and eastern countryside of the capital has faced water shortages and pollution after an explosion rocked the Barada water network between the villages of Ayn al-Fijeh and Deir Qanoun.

Activists reported that the water pollution has resulted in high rates of jaundice and cholera in the villages and cities of the western countryside, such as Qatana, Jedaydat Artouz and Muaddamiyah, as doctors and field hospitals struggle to treat the ill due to shortages of vaccines and medication.