"Daraya has been under siege and intensive shelling for over three years. More than 3,000 barrel bombs have been dropped on the city, and recently it has been escalating." 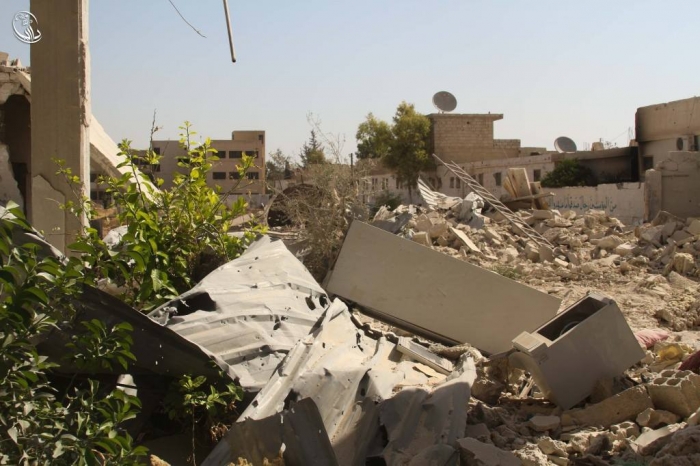 Muhammed Shihadeh is a member of the Daraya Local Council. Daraya is a suburb of Damascus that has been a battleground between regime and opposition forces since 2012.

JC: What is the situation in Daraya currently?

MS: Daraya has been under siege since November 2012. Most people have fled the city, and about 13,000 remain inside. Military offensives by government forces have been repeatedly launched in an attempt to occupy the territory. The latest was today, but they have all been pushed backed by opposition forces here.

JC: When did the local council form and what is its purpose?

MS: The Local Council of Daraya City was formed in October 2012. Its goals are to coordinate revolutionary actions and to represent Daraya among the other local councils. After the siege began, the council took charge of local governance of the city instead of regime institutions, including the distribution of social services.

JC: Great Britain, France, and Spain have recently proposed a UN resolution that would ban the Syrian Arab Air Force from dropping barrel bombs. According to an AFP report, Russian UN Ambassador Vitaly Churkin has expressed Russia’s opposition to the resolution, citing that Syria is already exercising the “utmost restraint” in its aerial bombing campaign. Can you talk about your council’s response to this?

MS: Daraya has been under siege and intensive shelling for over three years. More than 3,000 barrel bombs have been dropped on the city, and recently it has been escalating. The Russian ambassador’s claims are twisting reality. We in Daraya feel very offended by his lies, and we wanted to contradict his account, because in our view he is deceiving the international community and dishonestly promoting the regime.

JC: What is the council currently calling for? What is needed in Daraya?

MS: We are calling for Assad to go and for building a democratic country. As for our city’s needs, we need financial support — especially for relief and public services. We need equipment for some of our council’s administrative branches, and we could also use help in learning skills and developing our capacity.

JC: Has the council heard about what happened with people being caged in Douma? What is their opinion about it?

MS: I can’t speak for the council on this, but personally I believe it is unacceptable.

This article originally appeared on Medium. This article does not necessarily reflect the opinion of The Syrian Observer.