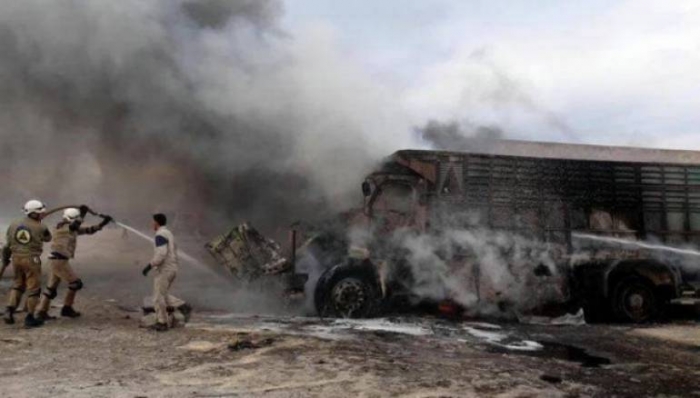 Russia on Thursday renewed its air strikes on aid vehicles near the Turkish border, targeting a convoy in the town of Sarmada in the northern province of Idleb, activists said.

There were no immediate reports of casualties.

On Wednesday, Russian warplanes carried out two air strikes on an aid warehouse in the town of Azaz near the Bab al-Salameh border crossing with Turkey, leaving three people dead, according to a Zaman al-Wasl reporter.

Activists claim attacking the aid points and vehicle depots in Idleb and Aleppo is a Russian reprisal to the downing of one of its warplanes on Tuesday.