Foreign ministry spokesman says solution to the crisis must be a political one, stressing the importance of a Syrian-Syrian dialogue 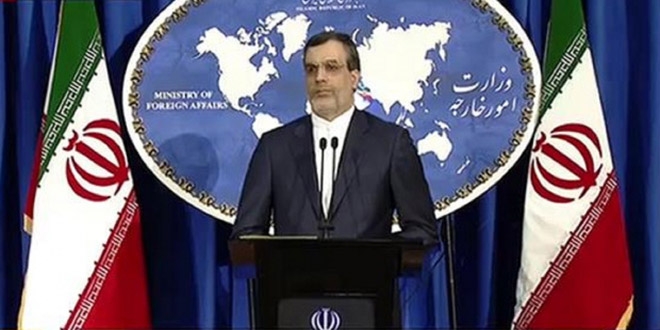 Iran’s foreign ministry has conceded the crisis in Syria will not be solved militarily, but only through a Syrian-Syrian dialogue.

In a press conference on Monday, Foreign Ministry Spokesman Hossein Jaber-Ansari added that regional countries which have an influence in regional matters could help finding a solution to the crisis.

Jaber-Ansari said the political track for solving the crisis in Syria has been launched as two rounds of international talks were held on October 30 in Vienna, and again in Austria on November 14, asserting that a third meeting will likely be held soon.

Abdollahian pointed out that the move opposes the Vienna agreement, reiterating that the solution to the crisis in Syria will be solved politically through Syrian-Syrian dialogue between the government and an opposition.