Leaflets of Russian president distributed with caption reading: "The murderer of Syrian people" 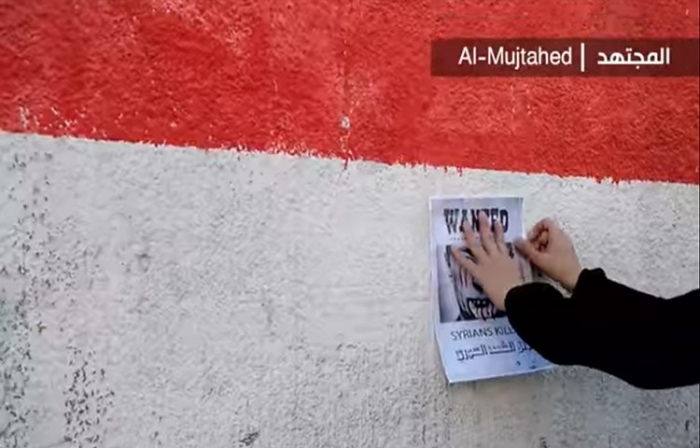 Activists in the city of Damascus launched a campaign under the slogan "Russia is a partner in the killing of Syrian people" on Sunday, December 13.

Russian warplanes targeted the city of Douma on Sunday, killing more than 40 civilians and injuring dozens of others.

The aim of the campaign, according to the its organizers, is "to deliver a message to those who supported the Russian intervention, and to challenge the regime in a city filled with military barracks and roadblocks."

The Russian intervention in Syria has been widely welcomed in pro-regime areas, where some have even described the Russian president as their "savior".