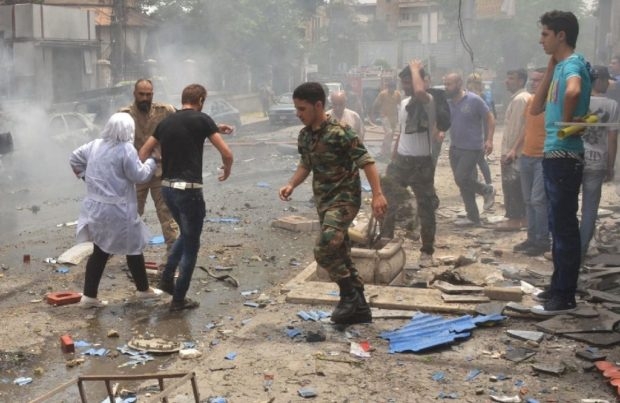 The number of Iranian soldiers killed in Aleppo has raised to eight after the death of two senior Iranian Revolutionary Guard (IRGC) officers, Qolam Hussein Mousavii and Ali Nazari, was revealed.

Meanwhile, the body of IRGC fighter Farid Kawbani arrived to Ardibil from Syria. The arrival was preceded by the announcement of the death of two IRGC members in Syria, Mohammed Hasan Qasmi and Sadiq Mohammed Zadeh.

Anadolu Agency reported that the burial of three Afghan members of the Fatimids militia Reda Sultani, Merzajan Hosseini and Nasser Jalili will be held in Kerman city and Meshhad.

The number of dead IRGC, Afghani and Pakistani militia of Fatimids army and Zainab brigade had increased drastically.

On the other hand, arguments had increased between Syrian regime forces and its affiliated forces amid news that the so-called Hezbollah fighters are the only ones fighting at the front lines of al-Hamdaneyyah axis, al-Mahrokat hill, and the cement factory.

Military source told Asharq Al-Awsat newspaper that disputes between regime forces and the so-called Hezbollah increased in the past two days after the fighters from Jaish al-Fatah had launched a series of attacks in southwest Aleppo.

The source added that they hear over the radio, arguments and accusations being thrown between the two parties. He went on to say that the regime accuses the foreigners that they are not backing them well, knowing that Hezbollah fighters are the only one fighting after the withdrawal of Iraqi Nujaba and Iranian fighters.

According to the source, Hezbollah fighters are on the frontiers of Aleppo and on the hills of the southern countryside. With that, they are first line of defense in west Aleppo.

The source also reported that the Syrian regime is trying to regroup its soldiers in Aleppo and is reshuffling military posts after many have escaped from their stations.

The military source said the regime has assigned a new leader for the Aleppo operation, but he believes that this will not achieve any progress given that the main fighters in that area are Hezbollah fighters and members of Nujaba.

Meanwhile, questions on why Colonel Suhail al-Hasan is not leading battles in Aleppo rose in regime supporters’ circles. Colonel Hasan, also known as ‘al-Nimr’ led in 2013 the battles in Aleppo and Sahel al-Ghab.

In recent developments, the source confirmed that the new attacks will be led by al-Aqsa fighters and Turkistan Islamic Party after they were relocated from the Hama and Lattakia fronts.

The military source said that the number of fighters is estimated to be at 4,000. He stressed that their military creed is based on engaging and suicide operations. They fight where they are needed and then move on to the next area.