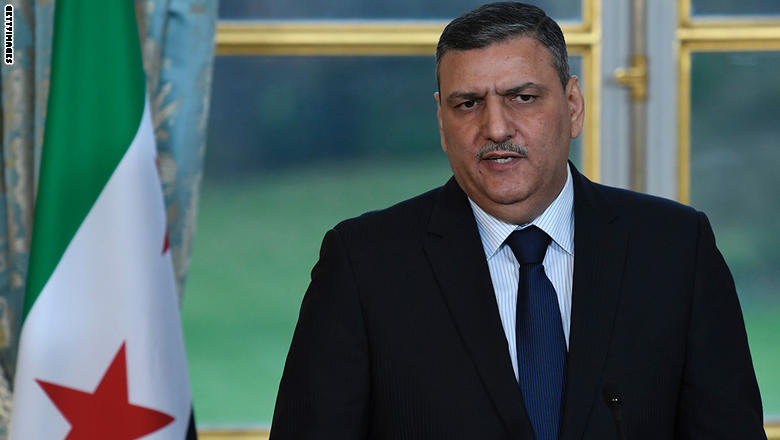 The general coordinator for the opposition High Negotiations Committee, Riad Hijab, met on Saturday over the Internet with council members and public opinion leaders from the southern provinces of Daraa and Quneitra.

Hijab’s website said that those in the meeting confirmed the commitment to the fundamentals of the revolution and to bringing down the Assad regime, its symbols and its foundations, and the need to work toward the unity of Syrian territory and a comprehensive truce while rejecting projects of division.

Leaders of Daraa province said that the issue of prisoners would be a priority before any negotiating process to demonstrate the seriousness of the Assad regime in reaching a political solution.

They stressed the importance of continuous communication and coordination between the foreign and domestic wings of the revolution rather than falling victim to self-depletion, which would impede the performance of the political revolution.

For his part, Hijab stressed that the world must understand that what is happening in Syria is not a conflict for power but a revolution of people against dictatorship, adding that, “What happened in Syria is the result of a political failure of the current regime in managing the country.”

He continued, saying: “If we were to represent an opposition, we might have given up certain things to obtain our own interests,” adding, “We represent demands of a people and we are not authorized to concede them because the legitimacy of our presence is tied to the extent we demonstrate integrity.”