In an interview with The Syrian Observer, Syrian scholar Kheder Khaddour argues that the Syrian regime uses its control over state institutions as a means of legitimization. Drawing a clear line between the state and the regime may not always be easy but it is essential if Syria wants to avoid the fate of Iraq, he adds 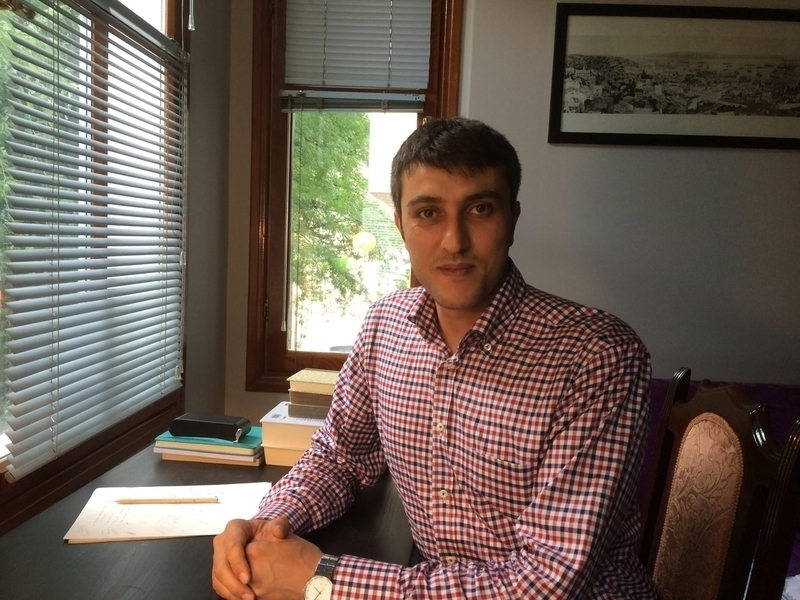 Your work centers on the relation between the regime and the state in Syria. Can we start by defining the two?

When I mention the state I mean by that the apparatus that administers the country and provides services. This includes, for instance, the public education sector, the Central Bank and the Ministry of Health among many others. As I define it, the regime is not only a political entity. I would rather define it as a collection of informal networks based upon family, community, religious and other ties that work primarily but not exclusively within the framework of state institutions.

While many analysts do not differentiate between the regime and the state, I think that by clearly drawing the lines between the two we can better understand how this relation works and why the two are important to each other. It is an important distinction to make when we want to think of the future of Syria, of whether we can remove the regime without destroying state institutions, in other words whether we can avoid the Iraqi scenario.

The state and regime seem to blend into each other. How do you draw a clear line between them?

Of course, it may be sometimes difficult to draw a very clear line. Political Security, one of the intelligence services, for instance, is formally affiliated to the Ministry of Interior, which is a state institution, but its mandate is to serve the regime. Therefore, it is difficult to say whether it is a state or a regime institution. However, the administrations in charge of the civil status register and of property titles, for instance, are not part of what we would call the regime.

What makes it difficult to draw this line is the fact that the regime is not only a political entity, as stated above. It is a fluid network of interests, which can swell and shrink depending on the situation, and as such can leak into the state. For example, the head of a government ministry is indeed an employee of the Syrian state. As soon as he uses his position, to serve the purposes and goals of the regime or regime personnel (e.g. control over individuals, attributing privileges to regime-affiliated personnel etc.) he can, however, also be considered part of the regime.

Could we say then that the regime owns the state?

No, it does not. It monopolizes control over it. This is not Assad’s state, contrary to what too many Syrians and others have been saying. When a Syrian gets a passport or receives his/her university diploma, it is not a gift from Assad: it is his or her right.

The Syrian state existed well before the regime came to power. Starting in the 1970s, the regime of Hafez Assad penetrated state institutions and made of them the very building block of its own power. That does not mean, however, that the regime and the state are the same.

There is a paradox in the relationship between the Syrian regime and state. The regime operates within the institutional framework of the state while subverting its logic and investing in the state’s malfunctions to both produce and divert resources. For example, the Syrian state until recently provided fuel subsidies so that all Syrians could afford to heat their homes in the winter. A massive percentage of this subsidy went to smugglers — many of whom were clients of the regime — who shipped illegally this fuel into neighboring countries to sell at a profit. They were able to do so because the state turned a blind eye, while the regime was able to attribute the losses to crime and corruption.

We can say that, in the current uprising, the state is a weapon in the hand of the regime. Whenever the regime faces a problem, it will blame it on specific officials or on an institution or more broadly on corruption. The regime is never to be blamed. How could you blame it anyway? Because it is an informal network, the “regime” does not exist in formal terms and does not require any form of explicit legitimization. Yet it draws tacit legitimacy from the idea that, without the regime, what is left of the state it has dilapidated would disappear. This control over state institutions will serve as a bargaining card in any future negotiations to end the war.

So it is in the regime’s interest to continue providing these services?

In a recent research paper, you argue that the regime seeks to retain control of the provincial capitals. Can you elaborate on that?

Yes, the control of provincial capitals provides many advantages. It allows the regime to control state institutions, which exert influence across the territory of the provinces. By controlling these institutions, it preserves the power to issue all sorts of documents and certificates, to pay salaries to civil servants, to provide banking services, etc. In other words, this control of centers makes people dependent on the regime. Of course, cities are also easier to control. I am not sure where this idea of controlling cities came from but it could have been drawn from Russia’s experience in Afghanistan, where it controlled all the main cities and the road networks between them, leaving the countryside to the opposition.

Why would the regime seek to attract people and make them dependent on it, while at the same time seeking to expel them through its bombing campaigns?

Since 2013, the strategy of the regime has been to control state institutions and to destroy any alternative institution that emerges. Therefore, the regime is not expelling people just for the sake of it; it wants to prevent the establishment of any viable alternative to provide state-related services in any area outside its control. This is why it started destroying the public hospital and the governorate building in Idlib as soon as it lost military control over the city in April 2015. In other words, the regime bombing campaign has its own logic of forcing the people to either move to areas under its control, live in areas with nearly no access to services or leave the country altogether. The regime message is clear: either you support me or you become a stateless citizen, in other words, it is me or the chaos.

Did the regime succeed in its strategy?

Unfortunately, it did. It succeeded in the sense that it prevented the emergence of other alternatives. Of course, other factors such as the role of Gulf states and the structure of the opposition are also to blame for the lack of alternatives.

Even the actual autonomy of the Kurdish areas is very limited. The airport of Qamishli, for instance, is still under the control of the regime. The curriculum taught to Kurdish children still includes courses on Arab nationalism because, to get a valid high school degree, you need the seal of the Ministry of Education, which requires the teaching of Arab nationalism courses. At the end of the day, the regime narrowed down the choice to itself or ISIS, which is the only working alternative.

How do you explain the failure of the opposition to build an alternative?

One important factor I would highlight is the very strong localization we witness across the country. Every town and village that is outside regime control wants to have almost unlimited autonomy. It has become nearly impossible to convince someone from the village of Kafr Nobol, for instance, which is located in the Idlib province, that it should coordinate with, or abide by, regulations imposed by the opposition-established Idlib Province Council. This makes it very difficult to improve the management of liberated areas.

While it is important that people choose how they want to administer themselves, they have also cut themselves off from the outside world and have difficulties understanding that they are part of something much broader that is happening across the country.

In addition, the fact that towns and cities freed themselves from the security and military control of the regime does not mean that they are no longer dependent on the regime. To put it another way, liberated areas do not mean liberated people. Many civil servants living in parts of Aleppo province outside the control of the regime still have to go to regime-held areas to collect their salaries or to obtain official documents from the state administration. The fact that the military and security services are gone does not mean that Assad is gone; there is still no alternative administration. Therefore, people need to realize that they are still part of a much wider situation.

Do Syrians have an interest in preserving state institutions?

Of course they do. However, the fact that the regime used the state as a means to pressure people has made them lose trust in the state. Staffan De Mistura’s plan for freezing the conflict in Aleppo failed in part because the regime wanted to restore the schools and other services to the opposition parts of Aleppo. People in the opposition side refused because they felt that this would mean that their children would be returning to Assad’s schools, rather than the schools provided by a neutral Syrian state. There is a lot of mistrust because people now see the state as reflecting the regime, while the regime is using the state as a weapon.

Do you think that the fall of the regime will lead to a collapse of the Syrian state?

The fall of the regime does not necessarily mean the collapse of the state. In Iraq, the US rapidly destroyed the regime, but this did not destroy the state. The Iraqi state collapsed only in a second stage, following the de-Baathification of the state-institutions. This proves that if you break the regime – if you dismantle its networks – the state does not necessarily collapse. However, the opposite is true; the end of state institutions would be the end of the regime.

However, no one has an interest in destroying the state, even if it is for the sake of destroying the regime – neither Syrians of either side of the conflict, nor the regional and international actors.

What, then, is the way to dispense with the regime and preserve the state?

A way to do that is to break the regime monopoly over the state and focus on the establishment of a convincing alternative to the regime to manage the state. However, this would require the opposition’s Western and regional state backers to pursue a strategy that goes beyond simply providing military assistance to opposition factions. They should also support the transition and restructuring of these armed factions and the political opposition into a more coherent and unified entity and provide the necessary assistance and protection inside Syria to reinvigorate state institutions in the territories outside the regime’s control. This would help reinforce the political opposition ties’ with the armed groups, which both have an interest in reinstating these services to reinvigorate their legitimacy in the eyes of the local population.