It is not known who Assad is supporting in the US election, but it is believed that he will be taking a keen interest in the results writes Al-Modon. 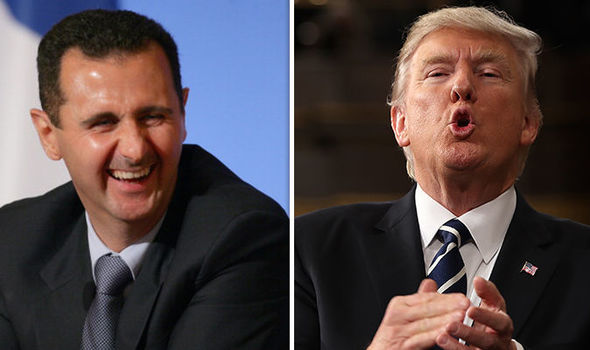 We do not know if Bashar al-Assad will closely follow the developments of the American election. We assume that he will – and we assume that for so many reasons. Chief among which is the fact that part of Syria is under the direct control of the American forces. The latter blocks his access to a significant part of the country’s oil and agricultural wealth. Moreover, there are the US sanctions, which came under the Caesar Act, to enable the economic blockade, making all previous Western sanctions pale in comparison.

Assad has repeatedly said that he pays no mind to the American president, who implements the policy of a deep state. He has also talked about a US conspiracy to oust him, although Washington did not propose his resignation as one of its goals, but rather prevented the access of some factions to weapons, factions that were able in the past to topple him by force. Also, he is able, according to the folklore, to consider US foreign policy to be affiliated with Tel Aviv, although, as we know, the latter had sent strong signals in favor of his staying in power on condition that he stay away from Tehran.

Trump wanted the US to withdraw from Syria, announcing the final victory over the Islamic State, which was the reason for US presence in Syria anyway. Trump also announced during his current election campaign a proposal to kill Assad as a response to chemical attacks, an idea his defense minister at the time rejected. Trump’s advantage, which he personally likes to promote, is that he offers the unexpected, and his surprises may be in the interest of Assad, but may also come at Assad’s disadvantage, which is something the opposition desires. The opposition also fears that Biden is a lackluster version of Obama. Betting on Trump is like gambling, and it requires that Assad think and feel like a Russian.

In Biden’s campaign, there are a few thoughts about the Syrian issue, which do not delve deep nor include any new approaches or promises, unlike Hillary Clinton, whose election campaign four years ago had firm policies towards Assad. The absence of the Syrian issue may be interpreted as it being a part in the upcoming negotiations with Tehran, which is how Obama dealt with it. Obama’s active participation in the campaign of his former deputy, in contrast to the coldness he showed towards Hillary’s campaign, encourages the belief that the Biden era will be a resumption of Obama’s policies — including the understanding shown by Obama vis-à-vis the Russian military intervention in Syria.

Biden, if he wins, will not come with Hillary’s same revenge over previous Russian interference in Trump’s favor. US policies are not set in this way, and the use of the Russian issue for domestic consumption and pressure on Trump by the Democrats is one matter, and the actual policy that will be adopted in the presidency is another matter.

The presence of the forces of the two countries in a narrow geographical space in Syria will preserve coordination between them, and it is not unlikely that coordination at the military level will be reminiscent of the Lavrov-Kerry meetings, and their exit from closed meetings laughing or holding hands.

Trump has repeatedly complained that his predecessor had left him a situation that is difficult to change in Syria, and the Democrats’ grievances regarding Trump’s policy in Syria have never really paid attention to the suffering of Syrians in general or to the need for political change. Most of the grievances focused on what they see as favoritism for Erdogan and letting down the Kurdish forces in Syria, which were waging war against the Islamic State.

It is also not unlikely, in light of the lack of chemistry between the Democrats and Erdogan, that Moscow would actually benefit from controlling areas currently under Turkish control with a green light or sheer indifference from a future Democratic presidency.

The opposition’s close ties with Turkey might make it lose the opportunity to communicate positively with the administration, if Biden wins, and even the smaller group of the opposition that is on friendly terms with Saudi Arabia orbit may not be in a favorable position in Washington. This is due to the fact that the Democratic majority in the current Congress has repeatedly attacked the bond between Trump and the Kingdom, and even demanded pressure on Riyadh in many cases, in what resembled a coup against traditional politics and alliance.

Within the current framework, there won’t be a Democratic policy towards Assad that is tougher than Trump’s policy. Assad may actually benefit from the desire of the democrats to negotiate with Tehran to improve his positioning between Tehran and Moscow and to be better able to deal with the two parties to the tutelage.

It is still unknown whom Assad will support in today’s elections, as he won’t face a painful loss should either of the candidates win. He is much like a spectator, but he does not share the awareness of a large percentage of the audience, who see the loss in a populist victory or in a liberal victory.