A new study has revealed demographic data for Syria and explored the changes that have taken place during the crisis writes Al-Watan. 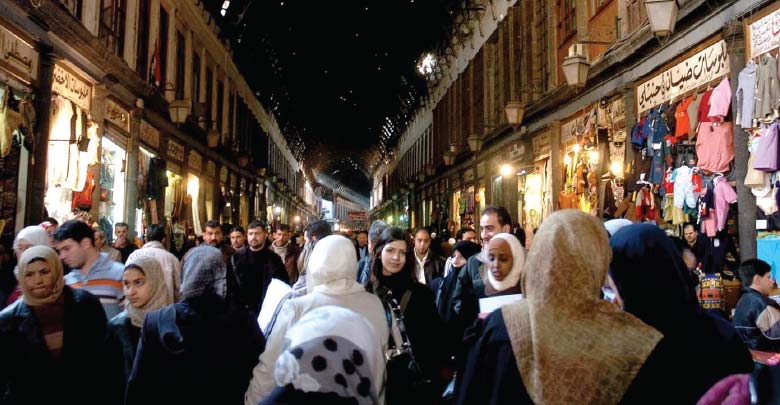 A study issued by the Damascus Center for Research and Studies (Madad) predicted that the current crisis could have a sharp impact on the rate of public demographic growth.

The study, prepared by Dr. Mohamed Akram al-Kash, believes that the crisis led to a reduction in the current rate, which was negative in the first years of the war, and at its peak reaching the limit of 0.5 percent, before going back to its pre-crisis level at the end of 2016.

With regards to the normal rate of demographic growth (that is, regardless of foreign migration), the study showed that it had witnessed a moderate increase of about 2.9 percent before the crisis to about 3 to 3.1 percent during the crisis. This was as a result of a negative impact in the determinants of reproductive behavior and trends throughout this period.

The study said that Syrian society throughout the last five decades had witnessed important demographic shifts, which had produced major increases in the number of residents and changes in their characteristics and structure. The rapid and steady increase in the number of residents and the ongoing changes in the geographic balance of residents have comprised an additional obstacle to the economic and social development process in Syria. It is known that this increase is due primarily to the increase in the levels of fertility that have brought the current number of Syrians to more than five times what it was in 1960.

In addition, the years of the crisis and their consequences have created major challenges and difficulties in following up on the implementation of plans developed before the crisis, when major efforts were exerted to develop and adopt clear demographic policies and to specify priorities that accord with the needs of the situation and developments related to demographic changes.

The study said the number of residents in Syria in mid-2017 had been expected to reach about 25 million people, but because of the consequences of the crisis through which the country is currently passing, this number was estimated at 21.8 million. This decline in the number of residents does not indicate a decline in fertility and births, as the average annual increase of residents is continuously escalating. The reason for the decline is due to the unusual migration throughout this period. Despite its progressive and gradual decline from its peak, beginning from the last decade of the last century, the average annual rate of growth remains at a high level globally.