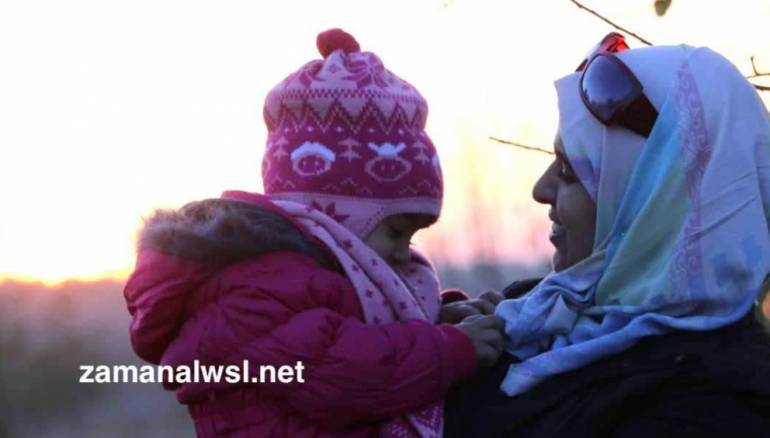 In this story of torture, Sarah al-Abdullah, 30, tells of her suffering at the hands of the Syrian regime.

“After seven months in Adra (Damascus) prison, I used to wish for death all the time so that I could rid myself of the daily humiliation.

“My name was included in the Eid al-Fitr reconciliation deal for a bribe of 10 million Syrian pounds (about 21,000 dollars).

“Three million pounds was paid to the court, and another two million more to get out of the al-Khatib (security) branch and one million to reach Adra prison and four million to get away from the Air Force Intelligence, but the notorious branch refused to release me.”

At the Air Force Intelligence branch, a new journey of torment began for Sarah. She continued, “I stayed for two months in solitary confinement. I could hear nothing but water dripping. It was an extremely difficult time for me.

“Two months later, they put me in a dormitory with 26 other girls where we were all forced to lie on our sides, to ensure that there was enough room for everyone to fit.

“At the Air Force Intelligence branch, the situation was different.

“Children were also detained in cells and use of the bathroom and laundries were restricted. Everyone suffered from scabies and crabs.

Sarah told us about an old diabetic woman, she said that even though they knew that diabetics need regular baths, the guards would deliberately ignore and yell at her.

Sarah also spoke of a family that was detained.

“It was the family of the first military pilot who defected and landed his fighter jet in Jordan in 2012. In prison were his mother, his wife and his two children, who grew up in the prison. One was 13 years old (now 20), and the other three years old (now 10).”

Sarah revealed that no one was allowed to communicate with them or see them.

She said that they have been imprisoned for seven years. She was able to catch glimpses of information from them by communicating with them through the gap at the bottom of the door, while the jailers slept.

There was also an elderly woman who, six years ago, was put in a cell with her twin boys.

“The old woman, Jawaher al-Tounisi, was diabetic and unable to walk, but the jailers did not allow her to go to the bathroom until she cried”.

In Adra Prison, Sarah said she had met a beautiful 19-year-old girl from the suburbs of eastern Ghouta.

“The girl lost her mind because of the sexual assault by regime militants,” she said.

According to Sarah, the girl was charged with financing terrorism.

“They tried to exploit the young girl but she refused. So they arrested her under the pretext of financing terrorism. Afterwards, she went Ibn Sina (Avicenna) hospital at the women’s prison” she said.

Sarah concluded her story by saying that she was released by the Air Force intelligence last September, after paying a bribe of four million Syrian pounds.