With the announcement that the US is to withdraw from Syria, Iran has been adapting its plans to fit a new landscape and ensure that it comes out on top writes Al-Watan. 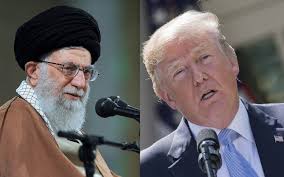 International and regional powers involved in the big game of the Middle East are re-adjusting their policies in preparation for a changing situation in eastern Syria, once the United States completes its withdrawal from areas east of the Euphrates.

Iran has long focused on the development of tools that could be used in a confrontation with Israel, while at the same time preferring to contain the American strategy for the Middle East and its tools in the Astana tripartite. In this way, Iran has been able to continue to expand its regional role and influence across the region.

As US policy towards Iran shifts from appeasement to punishment, which made Tehran adjust its regional tactics; continuing the policy of confrontation with Israel has become secondary to Iran’s wider interests of confronting America’s hostile strategy towards Iran.

The new strategy emerged after the United States imposed sanctions on Iran in November last year and accelerated with Trump announcing his intention to withdraw US troops from eastern Syria.

Iran is no longer willing to work against Israel, but rather against the United States. The battlefield has moved from the Israeli borders to Mesopotamia. Within this context, Tehran decided, for the first time, to transfer the issue of Israeli attacks on Syria to the “Astana Group”. The message was clear: the Astana Group must deal with the Israeli attacks on Syrian sovereignty, and not only against US plans in the region. The head of the National Security and Foreign Policy Committee of the Iranian Shura Council, Hashmatullah Flahat Bisha, flew to Damascus carrying a message about the new Iranian approach, stressing that his country does not intend to engage in a war with Israel on Syrian territory. He stressed that Israel, “will be defeated in the right place.”

The American decision to withdraw from eastern Syria into Iraq represents both a “chance and a danger” for Iran’s interests in the region. On the one hand, it will cause a bigger confrontation between Washington and Tehran and its Iraqi allies. On the other hand, this could help Iran consolidate its geopolitical control over the “modern Silk Road” from China to the eastern Mediterranean through Iraq and Syria.

Moreover, filling the vacuum created by the American withdrawal from eastern Syria allowed Iran to allocate more resources to eastern Syria and western Iraq. Iran will also have a role in determining the future of Idleb, especially since the Russian-Turkish talks on this province are in their final stages.

After it contributed to the success of forming the Iraqi government, Tehran supports an Iraqi consensus on the demand for the withdrawal of US troops. At the same time, it is calming the Lebanese arena with the formation of a new government there in accordance with the Europeans and Russians, in exchange for the launch of the European financial mechanism to trade with Tehran, aimed at bypassing US sanctions against Iran.

Thus, Iran is reshaping its regional policy to confront the Americans in Iraq, filling the vacuum in eastern Syria, and contributing to resolving Idleb’s dilemma.