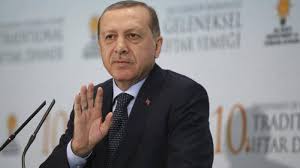 The Afrin operation has weakened the United States in Syria, especially given that it has destabilized trust between Washington and its allies in the Kurdish People’s Protection Units (YPG). Moscow has appeared to be in great control of the dynamics in Syria and manipulating its balances. This foretells what the situation will likely be if the Russians decided to proceed in their program of removing, or at least disrupting, American influence in eastern and southern Syria. The operation has also mobilized negotiations between Ankara and Washington regarding arrangements in northern Syria, which had stumbled over the last few months and reached a dead end.

These negotiations have focused on the future of Manbij in the northern Aleppo countryside, which is west of the Euphrates river. In the major cities of the Aleppo countryside, American forces are deployed alongside YPG fighters and the Manbij Military Tribal Council, which are in the Syrian Democratic Forces coalition. The presence of American forces in Manbij is considered a violation of the international understandings under which every area west of the Euphrates is should fall under Russian influence.

Ankara has two options, as the final stage of the Afrin operation approaches. The first is expanding the area to maneuver in Syria through a rapprochement with Washington, which would be limited and not affect its expanding ties with Russia or open the door to merging the Sochi and Geneva tracks. It is impossible that any Turkish-American deal around Manbij would remain bilateral, as it would certainly become trilateral including Russia, especially in light of the Russian presence in the town of Al-Arima overlooking the international route between the cities of Manbij, which is under American influence, and Al-Bab, which is under the control of militants backed by Ankara.

The second option available to Turkey is bolstering its involvement in the Sochi and Astana tracks and giving active support to the tough Iranian-Russian approach of expelling the United States from eastern Syria. It seems that Turkey is heading toward the first option, as reports have been leaked of then U.S. Secretary of State Rex Tillerson reaching an agreement with his Turkish counterpart regarding Manbij, with the aim of using a visit by Mevlut Cavusoglu to Moscow to present this agreement to Russian officials.

Turkish officials know that their country’s choice is not between Moscow or Washington, as both capitals will maintain a strong military presence in Iraq and Syria over the long term. This is why they have decided to improve relationships with both the Russians and Americans, and force them to take into account Turkey’s interests in the Fertile Crescent. For the Turks, the real option is between confronting Iran or moderation. Washington is sticking to a strongly hostile position regarding Iran, and so Ankara will not do more than confront them where their interests clash and reap the fruits of their major economic relationships. When Turkey finishes bringing Washington and Moscow closer to its vision for the Fertile Crescent, then Ankara will likely seek to relentlessly confront Iranian interests in Syria and Iraq, accompanied by all or most of the parties aggravated by Tehran.