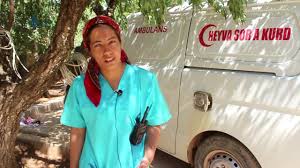 A few days ago, the United States and Turkey announced that they had agreed to a “roadmap” to arrive at a deal for the city of Manbij. This city, which is near the Turkish border, has been controlled by the Syrian Democratic Forces (SDF), which is led by the Kurdish People’s Protection Units (YPG). The announcement came after a meeting between US Secretary of State Mike Pompeo and Turkish Foreign Minister Mevlut Cavusolgu.

In 2015, the Islamic State (ISIS) used Manbij to train suicide bombers to blow themselves up on the streets of Paris, Brussels and Amsterdam, threatening the peace and security of the entire world. At that time, the special envoy to the International Coalition against ISIS, Brett McGurk, decided to use the Kurds as a lever in the war on the terrorist group, and refused to cooperate with other Syrian communities. The SDF succeeded in removing ISIS from Manbij. They crossed the Euphrates and in the summer of 2016 entered into heavy battles, during which they lost 300 fighters. This greatly reduced the severity of global terrorist operations. After this, ISIS’s grip in Syria started to slip, until it was finally eliminated.

At the same time, after the battle in Manbij, Turkey began “Operation Euphrates Shield” in this area, whereby it supported opposition forces and — apparently turning a blind eye to the Americans and Russians — began to clear the so-called Manbij pocket of ISIS. This closed the route through which ISIS was trying to slip in and out of Syria.

This type of behavior is not strange for Washington. It is also not unusual for the Kurds to fall into this sort of trap. For decades, the Kurds have suffered from a policy of ethnic and social discrimination by the ruling Baath regime in Syria. Therefore, when the rescue doors were opened for them, what could they have done but taken them?

In 2011, after the Syrian uprising which swept the country — including Kurdish areas in Qamishli and Amouda — Bashar al-Assad issued Decree No. 49, giving Syrian citizenship to Kurds recorded on the registry of foreigners in Hassakeh. There was great optimism among the Kurds at this window which the regime opened before them, and they hurried to separate their issue from the issue of Syrians generally. However, the regime appointed the interior minister to issue the executive instructions for implementing the decree, which led to just 10,000 of the original 200,000 people obtaining Syrian citizenship. Just three days after the citizenship decree, the regime amended the property law for the border areas to include all of Hassakeh province, which had previously been limited to a border strip a depth of 25 km. Legally, it will be hard for Syrian Kurds and others living in border areas to dispose of their property without intervention by the security forces.

Then came Brett McGurk with the idea of forming the SDF and encouraging them to take a position in northern Syria exceeding their actual capabilities. They hurried to accept the proposal, and abandoned coordination with other Syrians in the area.

Today, the Americans and Turks are in agreement about Manbij city, and the Americans have decided to move the Kurds from Manbij to east of the Euphrates. The Kurds cannot object, because the United States can force them to withdraw. The YPG may call on Russia or even the Syrian regime to defend them, but did either of these two move to save the YPG in Afrin in January, when they were in a much better position to participate? And if American forces remain in Manbij, Russian and regime forces will be even less willing to help the YPG there. And if the YPG is forced to withdraw from Manbij, which is majority Arab, then fighters in other Arab areas under YPG control may feel brave enough to remove Kurdish forces from their areas as well — especially in Deir ez-Zor and Raqqa. Tensions between Kurds and Arabs inside the SDF will continue to escalate, and whether the alliance between the two sides holds will depend on how long the United States remains in Syria.

If the United States remains, it can keep the SDF cohesive. Regardless of tensions between Arab and Kurdish fighters, these factions will unite around the American presence. However, reports indicate that American forces remaining for a long period is unlikely. ISIS has been almost defeated in southeast Syria, and while stabilization operations after the victory are an important issue, this does not appear to be a priority for the American leadership.

But if the United States withdraws, it is likely that the SDF will collapse. Turkey will attack YPG positions, and it is likely that its Arab forces will split off. Where these forces will go if they do separate, and how they will interact with the opposition under Turkey’s authority, and if they will receive Saudi support or go with Assad — this will depend on who offers them the best deal. At this stage, it is unclear what direction these fighters would go.

Last week also saw an increase in tensions inside the Self-Defense Forces. Turkish and Syrian media has reported on disturbances in Raqqa, which is under the control of the Syrian Democratic Forces, with civilians protesting compulsory conscription as well as conflicts occurring between the two main factions in the SDF — the YPG and the Arab Jaish al-Thawra (Army of Revolutionaries). Turkish media also reported that there had been a meeting between the Saudis and the YPG to discuss forming an Arab force in eastern Syria. It is unclear whether this would reduce or increase tensions among Kurdish and Arab forces in the SDF.

The right to self-determination is an inherent right for the Kurds. However, a realistic and possible scenario for the Kurdish issue cannot exist outside the context of the unity of all Syrians for a democratic and decentralized Syria, on the principles of citizenship and the recognition of the religious and ethnic specificities of all communities of the Syrian nation.