UN Special Envoy for Syria Geir Pedersen has said that planned meetings could be missed, but hoped that they could be rescheduled for November reports Al-Araby Al-Jadeed. 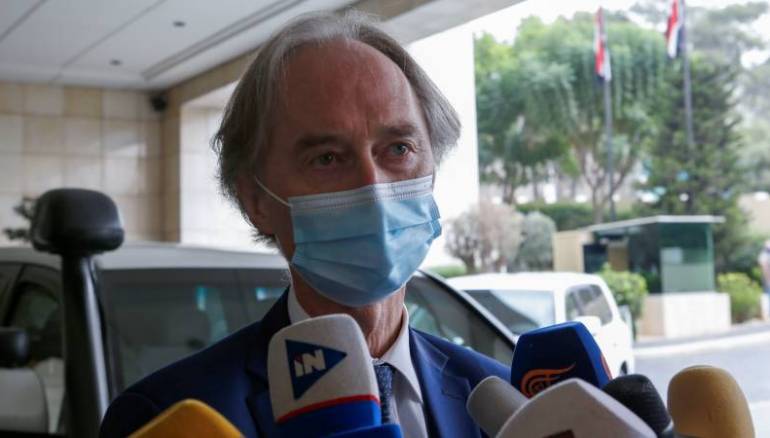 A UN envoy acknowledged on Tuesday that a new meeting aimed at winding down Syria’s civil war would not happen as planned this month but voiced hope it would take place in November.

Geir Pedersen, the UN special envoy for Syria, said after a trip to Damascus that there had been no accord on the agenda for a meeting in October in Geneva aimed at revisions to Syria’s constitution.

“We have no agreement yet,”  he told a virtual UN meeting.

“But assuming full agreement is confirmed, the plan would be to reconvene sometime in November,” he said, without confirming the date of November 23 mentioned by some diplomats.

It would be the fourth meeting of the small group on constitutional reform and involve some 45 representatives of President Bashar al-Assad’s regime, the opposition and civil society.

Richard Mills, the US deputy representative to the United Nations, called the lack of progress “both regrettable and unacceptable.”

“We believe it is time now to tell the Assad regime that enough is enough,” Mills said.

“The political process is at a complete impasse,” he said, calling the achievements of the constitutional committee so far “almost nothing.”

The United States and France want to see an inclusive political solution in Syria and accountability for atrocities after nearly a decade of war that has claimed more than 380,000 lives.

But Assad, with support from Russia and Iran, has won back control of most of the country.

“It is important to give the Syrians the opportunity to negotiate without interference from the outside,” said the Russian ambassador, Vassily Nebenzia.

“The work of the constitutional committee should not be subject to any deadlines,” he said.

The constitutional process, launched in October 2019, aims at drafting a constitution acceptable to all sides that will pave the way for elections.

Mark Lowcock, the UN under-secretary-general for humanitarian affairs, told the session that the world body was seeking another $211 million to fight Covid-19 in Syria.

The money will be used to provide medical supplies, improve water access, sanitize displacement camps and improve conditions at schools, he said.

Lowcock said that Syria likely had “far greater” than the 13,500 Covid-19 cases officially reported and voiced particular concern for the spread of the pandemic in densely populated camps.